Can A Racially Discriminatory Atmosphere Prove An Employee Was Fired Because Of Race? 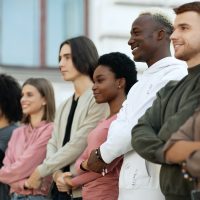 In that case, a man named Smith brought a racial discrimination claim against his former employer, Kinsley Construction, Inc. (Kinsley) pursuant to Title VII of the Civil Rights Act of 1964 (Title VII). Title VII prohibits employers from discriminating against employees because of race. Smith, who is African-American, claims that Kinsley violated Title VII by firing him because of his race.

Kinsley is a construction company, which also owned and operated a warehouse. Kinsley was responsible for organizing materials in the warehouse. According to Smith, several employees he interacted with during his tenure in the warehouse regularly used racial slurs. For example, Smith alleges that a foreman named Lutz referred to him as a “spade” and a “spook.” An employee named Lintz reportedly told Smith “all you guys are good for is welfare and stealing stuff.” Yet another foreman named Blessing allegedly used the phrase “you colored people.” Smith claims that when he requested help in the warehouse, both Lutz and Lintz replied similarly with: “Why don’t you check your slave manual?” Still another foreman named Sponsler, according to Smith, used racial epithets frequently and with impunity. In addition to the foreman comments, Smith claims that a crew leader named Anthony wore a “Klan mask” in front of Smith.

Smith maintains that he complained to management about the racially offensive language he experienced in the warehouse. Smith contends that he brought his concerns to his supervisor, a man named Miller, “several times.” Smith further claims that he complained to a training manager named Martin “as often as [he] could” about employees using racial slurs. Smith also contends that he “mentioned quite a few things” to a division superintendent named Herrick, but that Herrick “brushed it under the table.”

Ultimately, Kinsley fired Smith because of an alleged unsatisfactory work performance. Kinsley further claims that Smith “refused to accept coaching and never improved his performance” to Kinsley’s expectations. Kinsley alleges that Herrick and a vice president named Myers made the decision to fire Smith. Herrick, Myers, Miller, and Martin all met with Smith in the warehouse and informed him of the termination decision. Smith concedes that Herrick, Myers, Miller, and Martin “never made any offensive comments” about Smith’s race to him or in his presence.

Kinsley filed a motion with the trial court seeking dismissal of Smith’s discriminatory discharge claim. In support of its motion for dismissal, Kinsley argued that the alleged racially discriminatory remarks during Smith’s tenure were insufficient to prove that Smith was fired because of his race because the comments were made by employees who were not involved in the decision to fire Smith. The trial court rejected Kinsley’s argument and denied Kinsley’s motion for dismissal.

Applying these principles, the trial court explained that Smith claims that he was “subjected to brazen racial hostility by multiple foreman at Kinsley,” including racial epithets and other racially offensive language. The trial court pointed out that Smith alleges that he brought these issues to Herrick, Miller, and Martin, but no remedial action was taken. Thus, the trial court observed, “not only did Kinsley foreman repeatedly mistreat Smith due to his race, but Smith’s supervisory chain of command—to include Herrick as one of the supervisors responsible for deciding to terminate Smith—knew of, and ignored, the foremen’s appalling behavior.” Smith’s evidence, the trial court concluded, “paints a grim picture of a workplace rife with racial hostility and could establish a discriminatory atmosphere for purposes of proving” that Smith was fired because of his race. Consequently, the trial court ruled that Smith was entitled to proceed to a jury trial on the issue of whether Kinsley fired Smith because of his race in violation of Title VII.