Can A Sexual Harassment Victim Support Her Case With Testimony From Others Who Were Harassed? 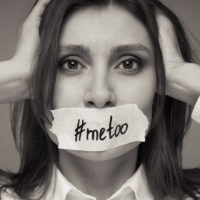 Harasser “Had Friends In High Places”

In that case, Myra Furcron (Furcron) brought a sexual harassment lawsuit against her former employer, Mail Centers Plus, LLC (MCP), pursuant to Title VII of the Civil Rights Act of 1964 (Title VII). Furcron alleged that MCP was liable under Title VII for the sexually harassing behavior of her co-worker because of its failure to take effective remedial action to prevent the harassment from continuing.

MCP is a business services provider specializing in administrative support activities for corporations. One of MCP’s clients is the Coca-Cola Company, the site of the workplace where the alleged sexual harassment occurred. Furcron was hired by MCP in 2008 to work as a mailroom clerk. In 2010, she was transferred to Coke Receiving (the KOR)—located on Coca-Cola’s property in Atlanta—where employees are responsible for receiving and sorting inbound mail throughout the worksite.

Furcron alleged that she was sexually harassed by a co-worker at the KOR named Seligman. Furcron claimed that Seligman frequently entered her work area, stared at her, and attempted to look down her shirt and at her underwear when she bent over. Furcron also asserted that Seligman continuously exhibited an erect penis when staring at her and would deliberately bump and rub his erection against her. Furcron maintained that when she complained to a supervisor, a man named Maloney, about the harassment, Maloney refused to take action because Seligman “had friends in high places at Coca-Cola, and it was out of his hands.”

Eventually, Furcron took a picture of Seligman from the neck down to prove to Maloney that Seligman “exhibited an erection in the workplace.” Furcron claimed that Maloney laughed in response to being shown the picture. Furcron then made a sexual harassment complaint to the human resources department. When doing so, Furcron also turned over the photograph of Seligman. Within days after her complaint to the human resources department, MCP fired Furcron for taking the photograph and showing it around the workplace despite instructions not to. Furcron maintained that no such instructions were ever given.

Co-Worker Testifies That She Was Harassed

In support of her case, Furcron submitted to the trial court a sworn affidavit from a woman named Johnson. Johnson worked with Seligman during the same period as Furcron. Like Furcron, Johnson testified that Seligman would look at her breasts and her buttocks when she bent over. Johnson also testified that she observed Seligman rubbing up against and bumping into Furcron.

Exclusion Of Testimony Was Reversible Error

On appeal, the Eleventh Circuit reversed the trial court’s decision. The court of appeals concluded that Furcron had presented sufficient evidence to establish that Seligman harassed her because she is a woman. In support of its conclusion, the appellate court pointed to the evidence that Seligman had an erect penis when staring at Furcron, rubbed up against Furcron when he had an erection, and tried to look down Furcron’s shirt and at her underwear when she bent over.