Can A Single Incident Of Racial Harassment Create A Racial Hostile Work Environment? 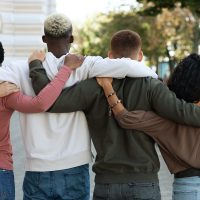 In Prude, a man named Prude brought a racial discrimination claim against his former employer, Logistics One Transport, Inc. (Logistics One), pursuant to Title VII. Prude maintains that Logistics One violated Title VII by creating and maintain a racial hostile work environment.

Logistics One is a trucking transportation services company. Prude was employed by Logistics One from December 2015 until September 2018. Prude worked as a night shift dispatcher. Prude maintains that he was subjected to racially offensive incidents while employed by Logistics One. In May 2017, an employee, LeBarge, allegedly called Prude a “jigaboo.” In May 2017, Prude learned from co-workers that a supervisor had used racially offensive language towards Prude, including remaking that Prude would “go back to selling drugs” if he could not work out his issues with the company. In September 2017, according to Prude, a co-worker subjected him to racially offensive language, including calling him an “Uncle Tom.”

In the fall of 2017, Prude alleges that he was subjected to highly offensive racial remarks and gestures by LeBarge. While in the company break room, LeBarge allegedly walked over to Prude, held a banana over his head, and in the process, called Prude a “jigaboo” and my “little money” while making “monkey sounds.” Prude maintains that several of his co-workers witnessed the incident. Upon learning of the banana incident, Logistics One claims that managers investigated it and took disciplinary action against LeBarge. Prude disputes this characterization because the company did not fire LeBarge.

In denying Logistic One’s motion for dismissal, the trial court found that the isolated comments made by several co-workers over Prude’s three-year employment period were not sufficiently pervasive to alter Prude’s working conditions and create an abusive working environment. However, the trial court rejected Logistic One’s argument that the banana incident—when LaBarge allegedly held a banana over his head in front of a room full of co-workers and called Prude a “jigaboo” and “my little monkey” while making money sounds—was not sufficiently severe on its own to create a racially hostile work environment. Instead, the trial court determined that “whether the banana incident was sufficiently severe” to create a racial hostile work environment was a question for the jury to decide. In other words, the trial court found that a reasonable jury could conclude that the banana incident was severe enough to alter the conditions of Prude’s employment and create a racial hostile work environment in violation of Title VII.