Can A Woman Be Fired Because She Lacks The “Midwestern Girl Look”? 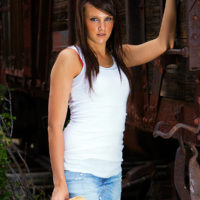 Title VII of the Civil Rights Act of 1964 (Title VII) prohibits discrimination against any employee with respect to his or her compensation, terms, conditions, or privileges of employment because of sex. As observed by the U.S. First Circuit Court of Appeals in Burns v. Johnson, 829 F.3d 1 (1st Cir. 2016), “the idea that discrimination [because of sex] consists only of blatantly sexist acts and remarks was long ago rejected by the Supreme Court.” Rather, Title VII’s prohibition of discrimination because of sex also forbids discrimination because an employee fails to act or look in the way expected of a man or woman. Under any circumstances, as determined by the U.S. Sixth Circuit Court of Appeals in Smith v. City of Salem, 378 F.3d 566 (6th Cir. 2004), “sex stereotyping based on a person’s gender non-conforming behavior is impermissible discrimination.” Thus, as explained by the First Circuit in Higgins v. New Balance Athletic Shoe, Inc., 194 F.3d 252 (1st Cir. 1999), “a woman can ground a [sex discrimination] action on a claim that men discriminated against her because she did not meet stereotyped expectations of femininity, [and] a man can ground a [sex discrimination] claim on evidence that other men discriminated against him because he did not meet stereotyped expectations of masculinity.”

Discrimination On The Basis Of Sex Stereotyping

Title VII’s prohibition against discrimination on the basis of sex stereotyping derives from the U.S. Supreme Court’s decision in Price Waterhouse v. Hopkins, 490 U.S. 1989). In that case, the Supreme Court ruled that a woman who was denied a partnership in an accounting firm because of sex stereotyping had a meritorious sex discrimination claim under Title VII. Hopkins, the employee denied the partnership, produced evidence that the partnership selection process was influenced by sex stereotyping. Hopkins was described by various partners as “macho,” in need of “a course in charm school,” “overcompensated for being a woman,” “a lady using foul language,” and someone who had been “a tough-talking somewhat masculine hardnosed manager.” Hopkins was told that she could improve her chances for partnership if she would “walk more femininely, talk more femininely, dress more femininely, wear make-up, have her hair styled, and wear jewelry.”

The decision by the U.S. Eighth Circuit Court of Appeals in Lewis v. Heartland Inns of America, LLC, 591 F.3d 1033 (8th Cir. 2010) is instructive in showing how employers can violate Price Waterhouse’s prohibition against discrimination on the basis of sex stereotyping. In that case, Brenna Lewis (Lewis) brought a Title VII sex discrimination claim against her former employer, Heartland Inns of America, LLC (Heartland), and maintained that she lost her job because of sex stereotyping.

Lewis worked at the front desk in a hotel operated by Heartland. Lewis’ work performance was considered exceptional, with managers testifying that she “made a good impression, did a “great job,” and “fit into the front desk position really well.” Lewis’ problems began when a new Director of Operations, an employee named Cullinan, observed her working at the front desk. After seeing Lewis, Cullinan told a manager named Stifel that Lewis was not a “good fit” for the front desk. Lewis described her own appearance as “slightly more masculine,” and Stifel characterized Lewis’ appearance as “an Ellen DeGeneres kind of look.” Lewis wore her hair short and did not use makeup. Lewis has been mistaken for a male and referred to as “tomboyish.”

Cullinan told Stifel that Heartland “took two steps back” when Lewis replaced a female employee in the front desk position. As Cullinan expressed it, Lewis lacked the “Midwestern girl look.” Cullinan was also heard to brag about the appearance of women staff members and had indicated that Heartland staff should be “pretty,” a quality she considered especially important for women working at the front desk. During her conversation with Stifel about Lewis, Cullinan ordered Stifel to move Lewis back to the overnight shift. Stifel refused because Lewis had been doing “a phenomenal job at the front desk.” The following week, Cullinan insisted that Stifel resign. Around this time, Heartland informed its general managers that hiring for the front desk position would require a second interview. Video equipment was purchased to enable Cullinan to see an applicant before extending any offer.

A few weeks later, Cullinan met with Lewis regarding the second interview. At this point, Lewis had held the front desk job for nearly one month. Cullinan told Lewis that she would need a second interview in order to “confirm/endorse” her. Lewis was aware from Stifel about what Cullinan had said about her appearance. Lewis told Cullinan that she believed a second interview was being required only because she lacked the “Midwestern girl look.” Three days later, Lewis was fired. In the termination letter to Lewis, Heartland asserted that she had “thwarted the proposed interview procedure” and exhibited “hostility towards Heartland’s most recent policies.” Lewis claimed that Heartland terminated her for not conforming to sex stereotypes.

The trial court dismissed Lewis’ sex discrimination claim. On appeal, the Eighth Circuit reversed the trial court’s decision. At the outset of its opinion, the Eighth Circuit pointed out that the Supreme Court in Price Waterhouse held that “sex stereotyping can violate Title VII when it influences employment decisions.” In applying the Supreme Court’s decision in Price Waterhouse, the appellate court found that Lewis had produced evidence establishing that Heartland based its decisions for jobs such as Lewis’ on sex stereotypes because Cullinan’s critical remark that Lewis lacked the “Midwestern girl look” was the product of sex stereotyping. “An employer who discriminates against women because they do not wear dresses or makeup,” the appellate court explained, “is engaging in sex discrimination because the discrimination would not occur but for the victim’s sex.” Because Lewis had demonstrated that the selection process for the front desk position was influenced by sex stereotyping, it was for the jury to decide whether Heartland terminated Lewis for failure to conform to sex stereotypes and, thus, had unlawfully taken sex into account in making its decision.

Based in Ocala, Florida and representing employees throughout Central Florida, we have almost twenty years of experience litigating employment gender discrimination claims, including cases involving sex stereotyping. If you have been the victim of sex discrimination or have questions about whether an employment decision was based on sex stereotypes, please contact our office for a free consultation with our Marion County, Florida sex discrimination attorneys. Our employee rights law firm takes gender discrimination cases on a contingency fee basis. This means that there are no attorney’s fees incurred unless there is a recovery and our attorney’s fees come solely from the monetary award that you recover.