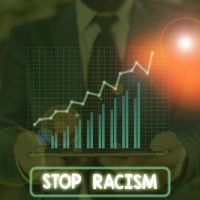 Case No. 20-cv-7787 (S.D. N.Y. Sept. 8, 2022) shows that an employer’s decision to accommodate a customer’s racial preferences can contribute to the creation of a racial hostile work environment in violation of federal employment discrimination law.

In that case, a woman named Europe brought a race discrimination lawsuit against her former employer, Equinox Holdings, Inc. (Equinox), pursuant to Title VII of the Civil Rights Act of 1964 (Title VII). Under Title VII, employers are prohibited from discriminating against employees on the basis of race. Under long standing law, racial harassment is a form of racial discrimination forbidden by Title VII. To violate Title VII, racial harassment must be sufficiently severe or pervasive to alter the conditions of the victim’s employment and create a hostile working environment. Europe, who is African-American, maintains that Equinox created and maintained a racial hostile work environment in violation of Title VII.

Equinox operates 37 fitness clubs. In December 2018, Europe began working as a Personal Training Manager at one of Equinox’s fitness clubs. In that role, Europe supervised fitness managers, including a man named Maltman. Europe claims that over the course of her employment, Maltman engaged in inappropriate conduct that made her uncomfortable. On one occasion, Maltman remarked to Europe that one African-American female member of the gym “was so hot” and commented on the size of her breasts. On another occasion, Maltman asked Europe to accompany him to a coffee shop during work hours so that he could ask out a young barista there, who is African-American. Europe contends that Maltman sought her presence as an African-American woman to legitimize Maltman in the barista’s eyes and make the barista more receptive to Maltman’s advances.

In June 2019, a customer requested to be paired specifically with a white male trainer, and this request was forwarded to Europe. The next day, Europe lodged a complaint with a General Manager about the incident. Europe’s complaint expressed concern that, by accommodating the customer’s request, the company “would be more concerned with the dollars a member spends, than making sure that people of color can exist in a non-hostile work environment.” A few days later, Europe lodged another complaint with the same General Manager and Maltman, complaining that Equinox appeared to have acquiesced to the customer’s request.

In June 2019, Maltman sent a text message to a Regional Director, Caporusso, in which Maltman described Europe as “not very charming” and said that he hoped Caporusso would “appreciate the reference.” Caporusso testified at his deposition that the comment was likely in reference to a video Maltman had previously shown him that referred to a “charming Negress.”

Equinox filed a motion with the trial court seeking dismissal of Europe’s racial hostile work environment claim. In support of its motion for dismissal, Equinox argued that the work conditions experienced by Europe were not so severe as to alter the conditions of Europe’s employment and create a racial hostile working environment. The trial court denied Equinox’s motion for dismissal and ruled that a reasonable jury could find that Europe worked in a racially hostile environment in violation of Title VII.

In support of its conclusion, the trial court pointed to evidence that “Equinox accommodated the racial preferences of a client.” “A reasonable jury could find,” the trial court reasoned, “that such pandering enshrined a system of racial division within the workplace and rendered that workplace substantially hostile for people of color.” The trail court also explained “there is evidence that Maltman often made discriminatory comments in [Europe’s] presence,” including “objectifying comments about the bodies of Black women.” The trial court further noted that Maltman “referred to non-white staff as lazy and untrustworthy, and said that he wanted to get them fired.”