Can Age Discrimination Be Established By Showing The Discharged Employee’s Work Performance Was Satisfactory? 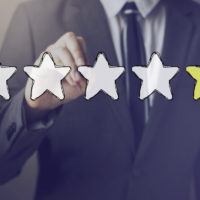 The Age Discrimination in Employment Act (ADEA), which is federal law, and the Florida Civil Rights Act (FCRA), which is Florida law, prohibit employers from discriminating against employees on the basis of age. When an employee claims that he or she was fired on the basis of age in violation of the ADEA and FCRA, an employer is required to articulate a legitimate, nondiscriminatory reason for termination. If the employer can provide such a reason, the employee is then required to establish that the employer’s stated reason is a pretext for age discrimination.

As the U.S. Eleventh Circuit Court of Appeals in Mayfield v. Patterson Pump Co., 101 F.3d 1371, 1376 (11th Cir. 1996) explained, an “employee may prove pretext either directly by persuading the court that a discriminatory reason more likely motivated the employer or indirectly by showing that the employer’s proffered explanation is unworthy of credence.” An employee attacks the credibility of the employer’s proffered justification, as observed by the U.S. Tenth Circuit Court of Appeals in Munoz v. St.-Mary-Corwin Hosp., 221 F.3d 1160 (10th Cir. 2000), by demonstrating “such weaknesses, implausibilities, inconsistencies, incoherencies, or contradictions in the employer’s proffered legitimate reason for its action that a reasonable factfinder could rationally find them unworthy of credence and hence infer that the employer did not act for the asserted non-discriminatory reason.”

The recent decision by the U.S. District Court for the Eastern District of Pennsylvania in Bistok v. Penn Manufacturing Industries, Inc., 2018 WL 637574 (E.D. Pa. Jan. 31, 2018) illustrates that an employee can establish that the employer’s proffered explanation of poor work performance is unworthy of credence and a pretext for age discrimination by showing that the employee’s work performance was satisfactory.

In that case, James Bistok (Bistok) claimed that his former employer, Penn Manufacturing, Inc. (Penn), fired him on the basis of age in violation of the ADEA. Bistok was 75 years old when he was hired as a calibration technician by Penn. Once hired, Bistok immediately began a required 90 days probationary period. Penn’s probationary policy provides that if an employee is “satisfactorily meeting all company requirements,” the employee will become a regular employee. Bistok’s supervisor testified that he could not recall any instance where an employee performed poorly during the probationary period but still became a regular employee.

Bistok successfully completed the probationary period and became a regular employee. Some four years later, Penn hired a substantially younger individual with the intention of replacing Bistok. Bistok was required to train the new employee as a calibration technician, and after Bistok demanded a raise to compensate him for this additional responsibility, he received an additional three dollars and fifty-eight cents per hour. After he trained the new employee, Bistok’s supervisor recommended Bistok’s termination. Bistok was laid off as part of a reduction in force because of his alleged poor work performance. After his replacement resigned, Bistok was called back for an interview but was not rehired.

Penn filed a motion with the trial court seeking dismissal of Bistok’s age discrimination claim. In doing so, Penn asked the court to rule that Bistok’s claim that he was fired on the basis of age was baseless and Bistok was not entitled to present his case to a jury. The trial court denied Penn’s motion for dismissal.

In denying Penn’s motion for dismissal, the trial court found that there was sufficient evidence establishing that Penn’s justification for firing Bistok is “contradictory and inconsistent” and thus “unworthy of credence.” The trial court pointed out that although Penn claimed that “Bistok’s poor performance was apparent from the day he started,” this assertion was “inconsistent” with testimony from Bistok’s supervisor who observed Bistok’s work on a daily basis, but “failed to identify his poor performance for over two years.” The trial court also observed that Penn’s proffered reason was “contradicted” by the fact that “Bistok successfully completed the probationary period and became a regular employee.” The trial court also found that Bistok’s satisfactory work performance was demonstrated by the fact that he was “never written up or disciplined during his four years of employment,” was required to train his replacement, received a wage increase the same year he was fired, and was interviewed for the same position less than one month after he was fired. From this evidence, the trial court concluded, a jury could find that Penn fired Bistok “because of his age and not because of poor performance.”

Based in Ocala, Florida and representing employees throughout Central Florida, we have substantial experience representing employees who have been terminated on the basis of age. If you have been the victim of age discrimination or have questions about being fired because of an alleged poor work performance, please contact our office for a free consultation with our Marion County, Florida age discrimination attorneys. Our employee rights law firm takes age discrimination cases on a contingency fee basis. This means that there are no attorney’s fees incurred unless there is a recovery and our attorney’s fees come solely from the monetary award that you recover.