Can Age Discrimination Be Proven By Showing An Employer Singled An Older Employee Out For Harsh Treatment? 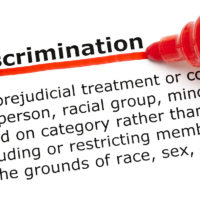 At his annual performance review in September 2014, Rodriguez was notified of his continued failure to meet documentation expectations. Later that month, Garey placed Rodriguez on a Performance Improvement Plan (PIP) due to the “severity of his paperwork noncompliance.” The PIP “detailed the requirements” for Rodriguez to bring his documents into compliance, which was a “fundamental requirement of his position,” and stated that his “failure to maintain significant and sustained improvement” could result in termination. In October 2014, Children’s Home fired Rodriguez because of his allegedly repeated failed to complete paperwork in a timely manner.

During the litigation, Children’s Home admitted that Garey was involved in the decision to terminate Rodriguez’s employment. Rodriguez alleged that Garey made age-related comments to him on “at least three occasions” between August 2014 and October 2014. Rodriguez claimed that on one occasion Garey told him that “his job was very stressful and due to his age, he should find a job more appropriate for his age.” Rodriguez further alleged that Garey treated him disrespectfully through intimidating “body language,” yelling at him when he did not complete his work quickly, and making unspecified threats. Thus, the supervisor who was responsible for judging Rodriguez’s work performance was the employee who Rodriguez accused of age discrimination.

The trial court found that Rodriguez had presented evidence establishing that he was singled out for unfavorable treatment because of his age. The trial court pointed to evidence showing that Children’s Home “applied its disciplinary practices more harshly” to Rodriguez than to younger employees who “committed similar infractions” and “struggled to meet documentation requirements.” The trial court also noted there was evidence Rodriguez was “singled out for discipline,” while “saddled with more work and more difficult work” than younger employees. The trial court also found that it was “significant” that Garey, the supervisor responsible for judging Rodriguez’s work performance, allegedly made disparaging comments to Rodriguez about his age. Garey’s alleged age-related comments created “an inference of bias on Garey’s part,” which provided evidence of age discrimination “given that Garey was the relevant decision-maker in disciplining and terminating [Rodriguez].” Thus, the trial court concluded, whether Rodriguez was fired on the basis of age was an issue for the jury to resolve and not the court as a matter of law.