Can An Employer Discriminate Against Employees By Giving Them More Burdensome Work Duties? 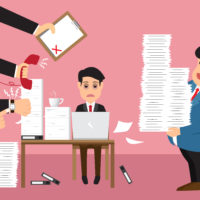 Discrimination Case Based On Lesser Actions

The Ninth Circuit’s decision in Davis v. Team Elec. Co., 520 F.3d 1080 (9th Cir. 2008) illustrates the principle that lesser actions not resulting in economic harm to an employee can constitute an adverse employment and the legal basis for a discrimination case. In that case, Christie Davis (Davis) alleged that she was discriminated against on the basis of sex in violation of Title VII of the Civil Rights Act of 1964. After being hired a journeyman electrician, Davis was assigned to work on a project at a high school. Davis was the only female electrician at the job site. While working at the job site, Davis claimed that she was treated differently and less favorably than male employees. The unequal treatment included excluding her from meetings, giving her a disproportionate number of jobs that involved working with hazardous materials, and giving her harder work assignments. Davis also claimed that she was subjected to derogatory sexist remarks by supervisors, including “we don’t mind if females are working as long as they don’t complain,” “this is a man’s working world out there, you know,” and a male employee would be assigned to work with her because he “needs a girlfriend.”

The trial court dismissed Davis’ sex discrimination case. The Ninth Circuit reversed the trial court’s decision and reinstated Davis’ case. At the outset of its opinion, the appellate court determined that assigning Davis a disproportionate amount of dangerous and strenuous work compared to her male co-workers constituted an adverse employment action. In doing so, the appellate court rejected the trial court’s attempt to minimize evidence that Clark was assigned a disproportionate amount of hazardous work because other male employees were assigned such tasks. The issue, the appellate court explained was “whether Davis was assigned hazardous tasks more frequently than the male employees, not whether she was the only employee assigned such tasks.”

Having found Clark was subjected to an adverse employment action, the appellate court turned to the threshold issue: whether the unequal work assignments were motivated by Clark’s gender. In finding that Clark had presented sufficient evidence establishing that the unequal work assignments were motivated by her gender, the court pointed to three pieces of evidence. First, the derogatory sexist remarks by managers and supervisors were evidence of a discriminatory motive. Second, because Davis demonstrated that male employees were treated more favorably, the more favorable treatment of male employees was evidence of a discriminatory motive. Third, the absence of female supervisors was evidence of a discriminatory motive. Taking this evidence cumulatively, the Ninth Circuit concluded that Clark was entitled to present her sex discrimination case to a jury.

Significance Of Lesser Actions Not Resulting In Economic Harm

We have extensive experience representing employees who have been the victims of discrimination in the workplace. If you have been the victim of discrimination, or you have questions about your employment, please contact our office for a free consultation. Located in Ocala, Florida, we represent employees in employment law matters throughout Central Florida, including Alachua County, Lake County, Levy County, Marion County, Orange County, Pinellas County, Sumter County, and Volusia County.