Can An Employer Fire An Employee For Filing An EEOC Charge Of Discrimination Against A Prior Employer? 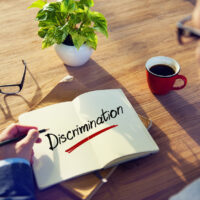 The EEOC filed the retaliatory termination lawsuit, U.S. Equal Employment Opportunity Commission v. Red Bird Machinery Repair, LLC, Case No. 3:18-cv-1769, in the U.S. District Court for the Southern District of Illinois after initially attempting to reach a pre-litigation settlement through its statutorily mandated conciliation process. The EEOC brought the retaliatory discharge lawsuit pursuant to Title VII of the Civil Rights Act of 1964 (Title VII) on behalf of a former employee of Red Bird Machinery Repair, LLC (Red Bird), Shaun Woody (Woody). Title VII protects employees from retaliation when they complain about perceived unlawful discrimination or harassment at work. Title VII also prohibits employers from retaliating against employees for filing a charge of discrimination with the EEOC. The EEOC alleges that Red Bird violated Title VII by firing Woody in retaliation for filing an EEOC charge of discrimination against a previous employer.

Red Bird is a heavy equipment repair company based in Illinois. Red Bird places employees to work at mines in Southern Illinois. From December 2016 until March 2017, Woody was employed by Red Bird as laborer. During his employment with Red Bird, Woody filed a charge of discrimination with the EEOC against a prior employer in February 2017. In March 2017, Red Bird fired Woody. The EEOC claims that Red Bird fired Woody in retaliation for having filed an EEOC charge of discrimination against his prior employer. The EEOC further alleges that the reasons proffered by Red Bird for firing Woody are a pretext for an unlawful retaliatory discharge.

The EEOC is the administrative agency of the United States responsible for interpreting and enforcing federal laws prohibiting employment discrimination, harassment, and retaliation. In enforcing the federal anti-discrimination laws, the EEOC is also authorized by federal law to bring lawsuits on behalf of retaliatory termination victims. In a press release issued by the EEOC regarding the case, the Director for the EEOC’s Chicago District Office, Julianne Bowman, explained that “[f]ederal law clearly prohibits employers from punishing any of the people for protesting discrimination—even against a previous employer.” In commenting on the case, a Regional Attorney for the EEOC’s Chicago District Office, Gregory Gochanour, stated that the “EEOC will not allow an employer to retaliate against someone because he or she has filed a charge [of discrimination] with the EEOC.”

Based in Ocala, Florida and representing employees throughout Central Florida, our Citrus County, Florida retaliatory termination lawyers have been fighting for the rights of employees for nearly twenty years. If you have been wrongfully terminated or have questions about your protection against retaliation under the federal anti-discrimination laws, please contact our office for a free consultation with our Citrus County, Florida retaliatory discharge lawyers. Our employment and labor law attorneys take retaliatory termination cases on a contingency fee basis. This means that there are no attorney’s fees incurred unless there is a recovery and our attorney’s fees come solely from the monetary award that you recover.