Can An Employer Refuse To Hire An Employee Because She Might Become Pregnant? 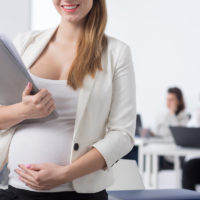 Employee Claims She Was Not Hired Because Of Potential Pregnancy

In that case, Suzzane Kocak (Kocak) brought an employment discrimination lawsuit against Community Health Partners of Ohio, Inc. (Community Health) claiming that she was not rehired in violation of the PDA. Kocak was initially employed by Community Health as an obstetric nurse. Because of pregnancy complications, Kocak was compelled to resign her employment.

Employer Cannot Refuse To Hire Because of Potential Pregnancy

On appeal, the threshold issue before the Sixth Circuit was whether Kocak was protected by the PDA when she applied for the part-time nurse position. The trial court found that because Kocak was not pregnant when she applied for the position, the PDA did not protect Kocak and dismissed Kocak’s pregnancy discrimination claim. The Sixth Circuit found that the trial court’s ruling that Kocak was not within the scope of the PDA’s protection against pregnancy discrimination because she was not pregnant when seeking the part-time nurse position was legally erroneous.

The Sixth Circuit explained that under Supreme Court precedent “the PDA prohibits an employer from discriminating against a woman because of her capacity to become pregnant.” The appellate court also pointed out that, in an analogous context, it “held that an employer violates the PDA if it terminates an employee because the employee is contemplating an abortion.” Thus, the court of appeals reasoned, if “an employee may not be terminated on the basis of her potential to have an abortion, then Kocak cannot be refused employment on the basis of her potential pregnancy.” Although the Sixth Circuit ultimately concluded that Kocak had not produced sufficient evidence to prove that she was not rehired on the basis of pregnancy in violation of the PDA and dismissed her case, the Sixth Circuit’s decision unequivocally stands for the proposition that the PDA prohibits an employer from refusing to hire a woman because she has the potential to become pregnant.