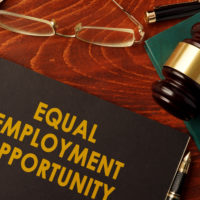 A common myth in employment discrimination law is that an employee must show that the employer’s reason for the challenged employment decision was a lie, had no basis in fact, or was conjured up out of thin air in order to prevail. Although this type of evidence can be used to prove a discrimination case, an employee is not required to come up with such evidence in order to do so. The evidentiary bar is not that high. As observed by the U.S. Eighth Circuit Court of Appeals in Erickson v. Farmland Industries, Inc., 271 F.3d 718 (8th Cir. 2001), one way an employee can prove a discrimination case is by showing that “it was not the employer’s policy or practice to respond to such problems in the way it responded to the plaintiff’s case.” Included within such circumstances is an employer’s failure to follow its own policy, such as a progressive discipline policy, when making the challenged employment decision.

Discrimination Case Based On Failure To Use Progressive Discipline

The decision by the U.S. First Circuit Court of Appeals in Soto-Feliciano v. Villa Cofresi Hotels, Inc., 779 F.3d 19 (1st Cir. 2015) is illustrative of the principle that an employee can prove discrimination by showing that the employer acted contrary to company policy when making the challenged employment decision. In that case, Addiel Soto-Feliciano (Soto) claimed that he was fired because of his age in violation of the Age Discrimination in Employment Act. In support of his age discrimination claim, Soto pointed to age-related comments made to him by his supervisor and the head of human resources that he was too old to continue to do his job. The employer contended that Soto was fired because of a history of misconduct, including use of profanity, being late for work, insubordination, and threatening remarks to employees. Because of the misconduct, Soto was suspended and then fired one week later. The trial court found that the evidence that the employer fired Soto for misconduct was overwhelming and dismissed Soto’s age discrimination case.

The decision in Soto demonstrates that an employer’s failure to follow its progressive discipline policy when making the challenged employment decision can be used to establish the employer’s discriminatory motive. In acting contrary to its progressive discipline policy when making the challenged employment decision, an employer’s explanation for the decision will almost inherently contain inconsistencies or contradictions that would enable a jury to find that the employer’s articulated reason for the decision was not the real reason. Under well-established law, as observed by the Soto court, a discriminatory motive can be proven by showing “such weaknesses, implausibilities, inconsistencies, incoherencies, or contradictions in the employer’s proffered legitimate reasons for its action that a reasonable [jury] could rationally find them unworthy of credence and hence infer that the employer did not act for the asserted non-discriminatory reasons.” Under such circumstances, as explained by the Soto court, a jury could find that the articulated reason took on significance only after the challenged employment decision had been made and the articulated reason is being used to cover-up a discriminatory motive.

We have extensive experience representing employees who have been the victims of discrimination. If you believe that you have subjected to discrimination at work, or have questions regarding an employer’s failure to follow its progressive discipline policy or any other policy, please contact our office for a free consultation. Located in Ocala, Florida, we represent employees in employment law matters throughout Central Florida, including Alachua County, Lake County, Levy County, Marion County, Orange County, Pinellas County, Sumter County, and Volusia County.