Can Differences In Treatment Be Used To Prove Race Discrimination? 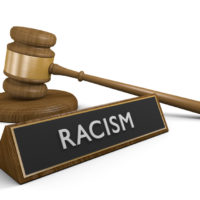 After these incidents occurred, Jones was speaking with other employees about a meeting he would be attending with Conner and their human resources representative. According to the employees, Jones stated that if he were fired he would “just walk up to people and go bang” while depicting pulling a trigger. The employees also alleged that Jones said he would “just go postal” if fired. Although he denied making any threats, Jones was suspended without pay and was not allowed to return to work until he had completed anger management classes and signed a last-chance agreement. Jones was reinstated after satisfying the conditions. The trial court dismissed Jones’ race discrimination claim, finding that Jones could not establish that the reason proffered for his suspension was a pretext for race discrimination. On appeal, the Eighth Circuit reversed the trial court’s decision and reinstated Jones’ race discrimination claim.

In reversing the trial court’s decision, the Eighth Circuit determined that a reasonable jury could find that Evergreen’s reason for suspending Jones without pay was a pretext for race discrimination. Importantly, the appellate court found that the alleged misconduct of Jones and Conner was of comparable seriousness because Conner purportedly threatened Jones with a “potentially deadly tool,” while Jones allegedly made a comment to other employees about “going postal” if fired. Although they engaged in misconduct of comparable seriousness, the appellate court explained, Evergreen “did not treat Conner and Jones the same in terms of investigations and punishments.” Each time Jones complained about Conner’s misconduct, Conner was given an opportunity to explain himself and either he was not disciplined or both men were given a written counseling. In stark contrast, Evergreen suspended Jones without pay and did so without hearing Jones’ side of the story. Consequently, the Eighth Circuit concluded, because the evidence established that Evergreen treated Jones differently and less favorably from Conner even though they engaged in acts of comparable seriousness, a jury could find that Jones’ race played a role in the decision to suspend him without pay.

We have extensive experience representing employees who have been subjected to race discrimination and other types of discrimination in the workplace. If you believe that you have been subjected to racial discrimination, or have questions about being treated differently or less favorably from other employees in the workplace, please contact our office for a free consultation. We take employment discrimination and retaliation cases on a contingency fee basis. This means that there are no attorney’s fees incurred unless there is a recovery and our attorney’s fees come solely from the monetary award that you recover.