Can Employees Prove A Discriminatory Discharge Through Evidence Of Successful Job Performance? 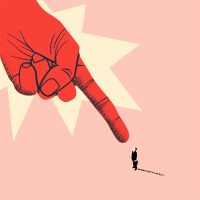 In this article, our Marion County, Florida employment discrimination lawyers explain how the recent decision in Brooks v. Randstad Technologies, LLC,Case No. 19-cv-04037 (E.D. Pa. March 24, 2022) illustrates that when unsatisfactory work performance is proffered as the reason for an employee’s termination, showing the employee had a history of successful job performance is evidence that discrimination was the real reason for the employee’s termination.

In that case, a man named Brooks brought an employment discrimination lawsuit against his former employer, Randstad Technologies, LLC (Randstad), pursuant to Title VII of the Civil Rights Act of 1964 (Title VII). Title VII makes it an unlawful discriminatory employment practice for employers to discriminate against employees because of race. Brooks, who is African-American, claims that he was fired because of his race in violation of Title VII.

Since 2011, Brooks was assigned to the role of Account Manager for Randstad’s Vanguard account. Randstad is an Information Technology company that provides recruiting for various staffing and solution services to clients. As part of its staffing services, Randstad contracts with clients who agree to pay a set amount for the position to be filled. Randstad fills the position and compensates the new hire with wages. As Account Manager for Vanguard, Brooks’ responsibilities included: meeting with client managers to understand staffing needs, screening the candidates, offering candidates to Vanguard, terminating placements Vanguard no longer needed, and attempting to expand Vanguard’s business with Randstad through use of Randstad’s resource program called “Solutions.”

In June 2017, Randstad removed Brooks from the Vanguard account after receiving complaints from Vanguard about Brooks’ performance on the account. In November 2017, Brooks was placed on a performance improvement plan (PIP). Brooks lodged an internal complaint with Randstad alleging that he was placed on the PIP due to racial discrimination. Because Brooks allegedly did not meet the expectations of the PIP, the PIP was continued by ninety days. In October 2018, Randstad placed Brooks on another PIP. Once again, Brooks lodged an internal complaint alleging that racially discriminatory animus was the real reason for the PIP. On November 13, 2018, Randstad terminated Brooks’ employment.

Randstad claims the Brooks’ poor performance—specifically his failure to communicate with his supervisors effectively, to schedule client meetings or interviews, his lack of communication with Vanguard managers whose account Brooks was assigned to manage, and his refusal to contact clients about potential candidate placements—was the reason for his placement on multiple PIPs and his ultimate termination.

Brooks maintains that he “achieved unprecedented success” as an Account Manager. Brooks contends that he was the only Account Manager who generated a sizable Solution for Vanguard, qualified every year for membership in Randstad’s President’s Club nationwide rankings, and was a top-five performer for Randstad until he was fired. In fact, one of Brooks’ supervisors testified that Brooks was “Number 4” in sales for the entire company. Another supervisor of Brooks admitted that Brooks “brought in the highest solutions deal” he had seen to date. That same supervisor also admitted that Brooks was “supposed to having meetings, placements, staffing,” but Brooks did not “have to do that per se.”

Randstad filed a motion with the trial court seeking dismissal of Brooks’ discriminatory discharge claim. In support of its motion for dismissal, Randstad maintained that the evidence established that Brooks was fired because of his poor job performance and not because of his race. The trial court denied Randstad’s motion for dismissal and ruled that Brooks had presented sufficient evidence to proceed to a jury trial on the issue of whether he was fired because of his race in violation of Title VII.