Can Employers Cater To The Perceived Discriminatory Preferences Of Customers? 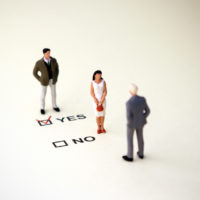 Having litigated employment discrimination cases in Florida state and federal courts for nearly twenty years, our Citrus County, Florida employment discrimination attorneys have learned that many employers discriminate against employees based on a desire to cater to the perceived discriminatory preferences of their customers. For example, employers make employment decisions based on the perceived preference of their customers for younger employees, employees of a particular race or gender, or employees who do not sound “foreign.” As the U.S. Seventh Circuit Court of Appeals observed in Chaney v. Plainfield Healthcare Ctr., 612 F.3d 908 (7th Cir. 2010), “it is now widely accepted that a company’s desire to cater to the perceived [discriminatory] preferences of its customers is not a defense” to discriminating against employees.

Echoing the ruling in Chaney, the decision by the U.S. District Court for the Northern District of Alabama in Shackelford v. Publix Super Markets, Inc., No. 12-3581 (N.D. Ala. Oct. 14, 2014) illustrates that employers cannot justify employment decisions on grounds that they are catering to customer preferences when those preferences are discriminatory. In that case, Betty Shackelford (Shackelford) sued her former employer, Publix Super Markets, Inc. (Publix), pursuant to Title VII of the Civil Rights Act of 1964 (Title VII) and the Age Discrimination in Employment Act (ADEA). Shackelford, who is African-American, claimed that she was terminated because of her age in violation of the ADEA and her race in violation of Title VII. Shackelford was fifty-four years old when Publix fired her.

In further support of her allegations of age and race discrimination, Shackelford presented evidence from other Publix employee regarding discriminatory conduct by management at the Publix store where she worked. One Publix employee testified that he overheard a conversation in which the store manager, a man named Cook, and another management employee, a man named Black, agreed that the store’s “front end” employees (including cashiers) needed to “mirror [its] clientele.” The employee further testified that Cook and Black had another discussion in which Black suggested that it was problematic that most of the “front end” employees were black because most of the store’s customers were young and white. Another Publix employee testified that he heard Cook say, “Publix needs younger workers because they are more reliable and it makes our image look better.”

Employees Treated Differently Depending On Their Race

Shackelford presented evidence that Publix “treated employees who failed to pay for food differently depending on the employee’s race.” For example, although Publix’s management observed a white deli worker eating food from the deli without paying for it, the employee was neither disciplined nor fired for having done so. Shackelford also introduced testimony that Cook had eaten food from the deli without paying for it. Thus, the person who made the decision to fire Shackelford because she did not pay for two pieces of chicken taken from the deli, engaged in the same behavior for which he fired Shackelford.

In denying Publix’s motion for dismissal, the trial court determined that Shackelford had presented direct or “smoking gun” evidence that she fired because of her age and race. The trial court found that Cook’s remark that “Publix needs more younger workers because they are more reliable and it makes our image look better,” and Cook’s agreement with Black’s suggestion that Publix needed to hire more young white women to “mirror [its] clientele,” showed a desire by the decision-maker to cater to the perceived discriminatory preferences of Publix’s customers. In particular, the trial court explained that the remarks reflected a discriminatory attitude that “older workers are not as reliable or appealing to customers as younger workers” and that “African-American cashiers are not as appealing to customers as white ones.”

The trial court also found that the number of African-American employees who worked in “front end” jobs before and after Cook’s tenure as store manager demonstrated that Cook “fulfilled his goal” of catering to the perceived discriminatory preferences of Publix’s customers. The trial court pointed out that the first five cashiers hired after Shackelford’s termination were all white, and of the twelve part-time cashiers who were hired between Shackelford’s termination and Cook leaving the store, eleven were white and only one was African-American. The trial court also noted that during Cook’s tenure as store manager, the percentage of “front end” African-American employees dropped from 33 percent to 14.8 percent.