Can Employers Defend Sexual Harassment Cases On Grounds The Victim Worked In A “Blue-Collar” Workplace? 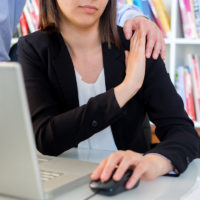 Having dedicated their practice to representing victims of sexual harassment, our Marion County, Florida employment discrimination lawyers have learned that employers continue to defend sexual harassment cases by claiming that women working in a “blue-collar” workplace deserve less protection from the law than women working in an office environment. At the core of their argument, employers maintain that a “blue-collar’ workplace is a justification or “pass” for sexually harassing behavior. However, as explained by the U.S. Sixth Circuit Court of Appeals in Williams v. General Motors Corp., 187 F.3d 553 (6th Cir. 1999), “a woman who chooses to work in the male-dominated trades [does not] relinquish her right to be free from sexual harassment.” The recent decision by the U.S. District Court for the Eastern District of Pennsylvania in Vollmar v. SPS Technologies, LLC, No. 15-2087 (E.D. Penn. Dec. 2,2016) shows that employers have not abandoned their legally frivolous argument that women surrender their right to be free from sexual harassment when they work in a “blue-collar” workplace.

In that case, Judith Vollmar (Vollmar) brought a sexual harassment lawsuit against her employer, SPS Technologies, LLC (SPS), pursuant to Title VII of the Civil Rights Act of 1964 (Title VII). Vollmar claimed that she was required to work in a sex-based hostile work environment in violation of Title VII. Vollmar was employed by SPS as a machine operator. SPS manufactures performance fasteners. The majority of SPS’s employees work in manual labor jobs. Men comprise over 90% of the workforce at the facility where Vollmar works.

Vollmar alleged that the workplace contained a broad array of materials that were gender-based or sexual in nature. The materials included: (1) photographs of women, one with the word “PIG” written across it; (2) a box containing small plastic or candy breasts, where the lid read “bet you can’t eat just one”; (3) a Penthouse pornographic magazine; and (4) a “pick out” box with a note on the bolts stating “points are flat (breast).” Vollmar further alleged that she was subjected to sexist remarks on a “daily basis and throughout her tenure as SPS,” including being told that she did not know what she was talking about because she is a woman and “it’s just like a woman to do that.”

Vollmar also claimed that co-workers made lewd comments about her body. Vollmar, who has red hair, alleged that she was asked by co-workers if she was a firecracker in bed and if the “carpet” matched the “drapes,” in apparent reference to her pubic hair. Vollmar also asserted that on another occasion, an employee acted out by “humping” a door while professing love for her. She also claimed that a male employee stared at her in a sexual and suggestive manner.

“Blue-Collar” Workplace Not A “Pass” For Harassment

SPS filed a motion with the trial court seeking dismissal of Vollmar’s hostile work environment harassment claim. In doing so, SPS attempted to justify the harassment Vollmar endured on grounds that the machine shop where she works is a “blue-collar” workplace where foul language and joking among co-workers is commonplace. Thus, according to SPS, a reasonable person in Vollmar’s position who worked in a “blue-collar” workplace would not find the harassment offensive, let alone find the harassment sufficiently abusive to create a hostile work environment. The trial court denied SPS’s motion for dismissal and ruled that Vollmar had presented sufficient evidence to establish that she worked in a hostile environment and, thus, was entitled to proceed to a jury trial.