Can Employers Discriminate Against American Employees In Favor Of Employees From Another Country? 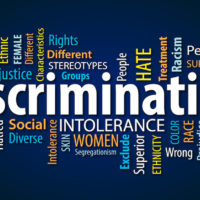 Under Title VII of the Civil Rights Act of 1964 (Title VII), it is an unlawful employment practice of an employer to fail or refuse to hire or to discharge any individual, or otherwise to discriminate against any individual, with respect to his or her compensation, terms, conditions, or privileges of employment because of such individual’s race or national origin. As explained by the U.S. Supreme Court in EEOC v. Abercrombie & Fitch Stores, Inc., 135 S.Ct. 2028 (2015), this provision in Title VII forbids “disparate treatment” of, or “intentional discrimination” against, employees on the basis of race or national origin. Read on to learn more about discrimination against American workers.

Employer “Wanted A Korean In That Position”

Plainly reinforcing the holding in Thomas, the recent decision by the U.S. Eleventh Circuit Court of Appeals in Jefferson v. Sewon America, Inc., No. 17-11802 (11th Cir. June 1, 2018) illustrates that employers are forbidden from discriminating against American employees in favor of employees from another country. In that case, Jerberee Jefferson (Jefferson) claimed that her former employer, Sewon America, Inc. (Sewon), failed to transfer her to a more advantageous position because of her African-American race and American national origin in violation of Title VII.

Jefferson worked for Sewon as a clerk in its finance department. While Jefferson was still in her probationary period of employment, she approached a manager in the information technology department, an employee named Chung, and expressed interest in transferring to an information technology position in his department. Chung told Jefferson that he supported the transfer and that Jefferson could soon switch departments. However, Chung later informed Jefferson that “he could not offer her the job position” because she lacked the necessary experience and because a higher-ranked manager “said that he wanted a Korean in that position.”

Jefferson then lodged a discrimination complaint with the human resources manager. The human resources manager told Jefferson not to “take it personally” and to “brush it off.” One week after she made the discrimination complaint, Sewon fired Jefferson. Jefferson received no written warning or final warning before her termination, despite a “progressive discipline policy” that uses a system of “verbal warnings,” a “written warning,” and a “final warning before an employee is terminated.

The Eleventh Circuit found that the remark that a higher-ranked manager “wanted a Korean in that position” constituted direct evidence of discrimination under its precedent because the remark was a “blatant remark, whose intent could mean nothing other than to discriminate on the basis of some impermissible factor,” and thus proved a discriminatory motive. In other words, the remark, if believed by the jury, proved that Jefferson was not transferred to the information technology position because she is not Korean.