Can Employers Discriminate Against Employees Based On The Racial Preferences Of Customers? 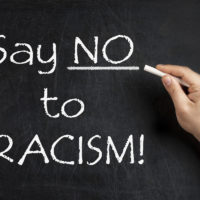 The decision by the U.S. Seventh Circuit Court of Appeals in Chaney v. Plainfield Healthcare Center, 612 F.3d 908 (7th Cir. 2010) illustrates that accommodating the racial preferences of customers is not a permissible justification for employment decisions and constitutes unlawful race discrimination against adversely affected employees. That Title VII race discrimination case, as explained by the Seventh Circuit, “pit[ted] a healthcare worker’s right to a non-discriminatory workplace against a patient’s demand for white-only healthcare providers.”

Brenda Chaney (Chaney) was employed by Plainfield Healthcare Center (Plainfield). Chaney worked as a certified nursing assistant (CNA) at a nursing home operated by Plainfield. As a CNA, Cheney was responsible for monitoring residents, responding to their requests for service, and assisting with their daily living needs. Plainfield identified Cheney’s daily shift duties on an assignment sheet that she and other employees received upon arriving to work. The assignment sheet listed the residents in Cheney’s unit and their care needs. In the case of one resident named Latshaw, the assignment sheet instructed CNA’s that Latshaw “Prefers no Black CNA’s.”

Because she was afraid of being fired, Chaney went along with Plainfield’s racial preference policy. Although Latshaw remained on her assignment sheet, Chaney refrained from assisting her. On one occasion, Chaney found Latshaw on the ground, too weak to stand. Because of Plainfield’s racial preference policy, Chaney had to search the building for a white CNA. Moreover, at least two other residents did not want assistance from African-American CNA’s. One such resident refused Cheney’s assistance, asking for a different CNA instead.

In addition to Plainfield’s racial preference policy, Chaney was also subjected to racial remarks and racial slurs from white co-workers. Cheney reported the comments to a supervisor. Although the comments stopped, white employees continued to remind Cheney that certain residents were off limits because she is African-American. Cheney claimed that Plainfield’s practice of acceding to the racial preferences of residents, along with the racial remarks and racial slurs from co-employees, created a racial hostile work environment in violation of Title VII.

Although ignored by the trial court, the Seventh Circuit explained that “a company’s desire to cater to the perceived racial preferences of its customers is not a defense under Title VII for treating employees differently based on race.” Unlike the trial court, the appellate rejected Plainfield’s self-serving assertion that its policy of acceding to the racial biases of its residents was a reasonable and good faith attempt to comply Indiana patient rights laws. “Title VII does not,” the appellate court pointed out, “contain a good faith ‘defense’ that allows an employer to ignore the statute in favor of conflicting state law.” Moreover, the appellate court observed, “if Plainfield was worried that dishonoring race-based work preferences risked violating Indiana’s regulations, it could have asked Indiana’s State Department of Health whether state law required Plainfield to direct its employees to cater to its residents’ racial preferences.” Plainfield, the appellate court noted, made no attempt to seek such guidance.

The Seventh Circuit also rejected Plainfield’s argument that it was not liable for any racial harassment “because its response to the racial epithets was adequate in stopping the harassment and that any subsequent comments were mere reminders of a particular resident’s preference and not racially offensive.” “While it is true that Plainfield’s actions stopped the use of the most vulgar racial epithets,” the appellate court explained, comments to Cheney about patients’ racial preferences were neither “innocent” nor “unoffensive.” Nor was Plainfield’s policy of acceding to residents’ racial preferences, and “expecting Chaney to adhere to its instructions,” reasonable.

Rather, the Seventh Circuit found, Plainfield’s racial preference policy “was both a source of humiliation for Chaney and fodder for her co-workers, who invoked it regularly.” In fact, the appellate court pointed out, “Plainfield never corrected the principle source of the racial hostility in the workplace—its willingness to accede to a patient’s racial preferences.” Plainfield’s policy of acceding to the racial biases of its residents, the Seventh Circuit concluded, meant that Plainfield employed Chaney “on materially different terms than her white co-workers” and created “a racially hostile work environment” for Chaney.

Based in Ocala, Florida and representing employees throughout Central Florida, we have substantial experience representing employees who have been subjected to racial harassment in the workplace. If you have been the victim of racial harassment or have questions about an employer’s practice of accommodating the racial preferences of its customers, please contact our office for a free consultation with our Marion County, Florida race discrimination lawyers. Our employee rights law firm takes racial harassment cases on a contingency fee basis. This means that there are no attorney’s fees incurred unless there is a recovery and our attorney’s fees come solely from the monetary award that you recover.