Can Employers Fire Employees Whose Disability Causes Them To Violate Company Policy? 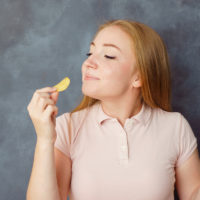 Having litigated cases under the Americans with Disabilities Act (ADA) for nearly twenty years, our Marion County, Florida employment discrimination attorneys have learned that employers often terminate disabled employees based on conduct resulting from their disability. In doing so, employers argue that employees cannot use their disability to justify conduct causing their termination. The decision by the U.S. District Court for the Northern District of California in EEOC v. Walgreen Co., 34 F.Supp.3d 1049 (N.D. Cal. 2014) is instructive in showing that when employees engage in conduct resulting from their disability, the conduct is considered to be part of the disability and termination based on that conduct violates the ADA.

In September 2008, Hernandez was returning items in a shopping cart to shelves. She noticed that she was shaking and sweating from low blood sugar. Because she did not have any candy with her which she customarily used to stabilize her blood sugar, Hernandez opened a $1.39 bag of potato chips that was in the cart and ate some of them. She did not notify or request approval from a manager before she opened and ate the bag of chips.

After 10 minutes, when she started feeling better, Hernandez claimed that she went to pay for the chips at the cosmetic counter (where she had been instructed to pay for store items), but no one was there. Hernandez put the chips under the counter at her cash register and returned to restocking the items. The Assistant Store Manager found the chips and asked whose they were. Hernandez admitted the chips were hers. Walgreens maintains a policy against employee theft in the form of “grazing,” eating food merchandize without paying for it, that is applied to all employees. For the next two weeks, Hernandez was on vacation. When she returned, management instructed Hernandez to write a statement regarding the incident. In the statement, Hernandez wrote: “My sugar low, not have time.” After she wrote the statement, Walgreens fired Hernandez for violating its anti-grazing policy.

Conduct Caused By A Disability Is Part Of The Disability

Based in Ocala, Florida and representing employees throughout Central Florida, we extensive experience litigating disability discrimination cases in Florida state and federal courts. If you have been the victim of disability discrimination or have questions about your rights under the Americans with Disabilities Act, please contact our office for a free consultation with our Marion County, Florida employment discrimination attorneys. Our employment and labor law attorneys take employment discrimination cases on a contingency fee basis. This means that there are no attorney’s fees incurred unless there is a recovery and our attorney’s fees come solely from the monetary award that you recover.