Can Employers Fire Older Workers In Order To Lower Their Health Care Costs? 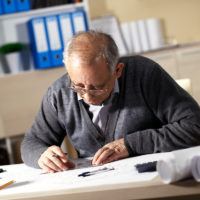 For example, Gurbacki asked the health care insurance provider to “relook” at their rates, specifically noting that two employees over the age of 50 had left the company. Later, Gurbacki updated the age demographic information by stating: “We have now lost [two employees] as well,” at least one of whom was likewise an older employee. On another occasion, Gurbacki wrote: “We have lost several of the older, sicker employees and should have some consideration on this. If you have provided us with your final rates then that is what we will use in our decision.” Then, in August 2008, another owner of Associated Underwriters, Hallgren, met with Tramp and others and suggested that they use Medicare instead of the company’s health care plan.

In October 2009, Associated Underwriters underwent a reduction-in-force (RIF) and Gurbacki made the decision to lay off four employees, including Tramp. Gurbacki stated that he chose to include Tramp in the RIF because of her alleged historically poor job performance. Associated Underwriters did not replace Tramp following her termination, but rather divided her job duties between four remaining employees.

Nearly five months after Tramp’s termination, there was additional correspondence from Associated Underwriters to its health care insurance provider regarding high health insurance renewal rates. In July 2009, Gurbacki wrote: “Since last year we have lost our oldest and sickest employees . . . [Tramp] is no longer here . . . Please let me know if this is the best we can do . . . [W]e were expecting a rate decrease from the group becoming younger and healthier not an increase.” Tramp claimed that Associated Underwriters’ expected reduction in health care premiums demonstrated that she was fired not for poor performance but rather because of her age.