Can Employers Make Decisions Based On The Belief That Older Workers Cannot Do The Job Because Of Age? 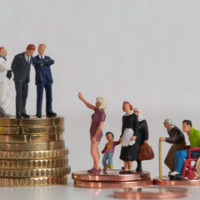 Having fought for the rights of employees who have endured age discrimination in the workplace for almost twenty years, our Marion County, Florida age discrimination attorneys have learned that employees often target older workers for termination because they believe that older workers cannot do the job because of their age. In doing so, employers deploy the tactics they customarily utilize when wanting to get rid of employees for a discriminatory reason, such as negative performance evaluations, disciplinary action, and selective enforcement of work rules.

In enacting the Age Discrimination in Employment Act (ADEA), as observed by the U.S. Supreme Court in Hazen Paper Co. v. Biggins, 507 U.S. 604 (1993), Congress was concerned that “older workers were being deprived of employment on the basis of inaccurate and stigmatizing stereotypes.” “It is the very essence of age discrimination,” the Hazen Paper Court explained, “for an older employee to be fired because the employer believes that productivity and competence decline with age.” The recent decision by the U.S. District Court for the Western District of Tennessee in Bland v. Carlstar Group, LLC, 2018 WL 1787892 (W.D. Tenn. April 13, 2018) is instructive in showing how the ADEA protects older workers from age-based stereotypes.

In that case, Charles Bland (Bland) brought an ADEA action against his former employer, The Carlstar Group, LLC (Carlstar), claiming that he was fired because of his age. Bland was employed by Carlstar as a maintenance technician. In this position, Bland repaired machines at Carlstar’s plant in Jackson, Tennessee. In October 2015, Bland took a leave of absence from work under the Family Medical Leave Act (FMLA) due to a peripheral artery disease which caused him some difficulty walking.

Shortly after he returned to work from FMLA leave, a manager named Owens called Bland into his office. During this conversation, Owens talked to Bland abut his age, the condition of his health, and his inability to get another job at his age and with his health condition. In particular, Owens told Bland that “it’s going to be hard for you to find work somewhere else as old as you are and with the condition your health is in, finding a good paying job.” Owens also stated that he did not think Bland was “going to make it in maintenance.” Owens offered Bland the option to switch from his maintenance position to a mold technician position. The mold technician position paid approximately $5.00 less an hour than Bland’s maintenance technician position. Bland refused the transfer because he could not afford to take a pay cut.

Employee Evaluated Based On Age

In denying Carlstar’s motion for dismissal, the trial court focused on two pieces of evidence in finding that a jury reasonably could conclude that Bland was fired because of his age. First, the trial court found that “[e]vidence Owens did not believe that [Bland] could do his job because of his age” was evidence that the proffered explanation for firing Bland “was a pretext for illegal discrimination.” Although Owens did not make the decision to terminate Bland, it was “undisputed” that the person who made the termination decision “relied on Owen’s input in making that decision.” Second, the trial court found that evidence that “[o]ther employees had not been terminated despite violating” the safety rule reflected that Carlstar’s assertion that it had a “zero tolerance policy” for violations of the safety rule was “unworthy of credence.” Evidence that undermines the credibility of an employer’s proffered reason for the adverse employment action, the trial court explained, permits a jury to conclude that discrimination was the real reason for the adverse employment action.