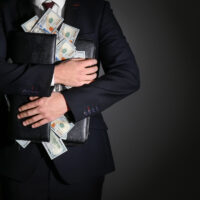 In its regulations enforcing the federal anti-discrimination laws, the U.S. Equal Employment Opportunity Commission (EEOC) has determined that a blanket English-only policy is presumed to violate Title VII of the Civil Rights Act of 1964 (Title VII). Title VII protects employees from discrimination on the basis of national origin. A policy requiring employees to speak English at all times in the workplace, according to the EEOC, may “create an atmosphere of inferiority, isolation, and intimidation based on national origin which could result in a discriminatory work environment.” A national origin discrimination lawsuit recently filed by the EEOC illustrates that a blanket speak-English-only policy which prohibits the speaking of a language other than English on an employer’s premises, including prohibiting employees from speaking Spanish to Spanish-speaking customers, may violate Title VII’s prohibition against national origin discrimination and create a discriminatory hostile work environment.

The EEOC is the administrative agency of the United States responsible for interpreting and enforcing federal laws prohibiting employment discrimination, including national origin discrimination. The EEOC is also authorized by federal law to bring lawsuits on behalf of victims of employment discrimination, including national origin discrimination. In a press release issued by the EEOC regarding the case, a Regional Attorney for the EEOC’s Los Angles District Office, Anna Part, stated that “[e]mployers have to be aware of the consequences of certain language policies” because “[t]argeting a particular language for censorship is often synonymous with targeting a particular national origin, which is illegal and highly destructive to workplace morale and productivity.”

Based in Ocala, Florida and representing employees throughout Central Florida, our Marion County, Florida employee rights attorneys have almost two decades of experience representing employees. If you have been the victim of hostile work environment harassment or have questions about an employer’s English-only policy, please contact our office for a free consultation with our Marion County, Florida employee rights lawyers. Our employee rights law firm takes hostile work environment harassment cases on a contingency fee basis. This means that there are no attorney’s fees incurred unless there is a recovery and our attorney’s fees come solely from the monetary award that you recover.