Can Employers Refuse To Rehire Former Employees Because Of A Prior Discrimination Complaint? 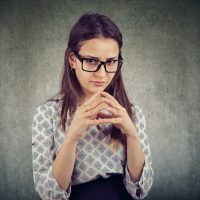 Protection From Retaliation By Any Employer

In Holassie,a man named Holassie brought an unlawful retaliation lawsuit against his former employer, the District of Columbia Department of Parks and Recreation (DPR), under Title VII. Holassie claims that DPR violated Title VII by refusing to rehire him because he filed a discrimination complaint with the EEOC during his prior employment with the DPR.

In 2012, Holassie began working for DPR as a summer lifeguard. On August 5, 2015, Holassie filed a complaint against DPR with the EEOC alleging discrimination. On August 23, 2015, DPR terminated Holassie’s employment. On April 24, 2016, Holassie applied to work as a summer 2016 DPR lifeguard. Holassie did not receive an offer and never returned to work for DPR. DPR claims that did not rehire Holassie because his lifeguard certification—which is a prerequisite for employment—had expired.

DPR filed a motion with the trial court seeking dismissal of Holassie’s retaliation claim. The trial court denied DPR’s motion for dismissal and ruled that Holassie had presented sufficient evidence to establish that he was not rehired because of his prior EEOC discrimination complaint against DPR in violation of Title VII. In denying DPR’s motion for dismissal, the trial court found DPR’s assertion that it did not rehire Holassie because his lifeguard certification had expired “may have been pretextual.” The trial court explained that DPR officials “testified that candidates’ lack of certification did not preclude them from getting an interview.” In fact, the trial court noted, “DPR sometimes conducted job fairs where it interviewed non-certified applicants and then enrolled them in the certification, and Holassie testified that in prior years he had been hired before obtaining certification.” Thus, the trial court concluded that Holassie was entitled to proceed to a jury trial on his retaliation claim against his former and now prospective employer.

Based in Ocala, Florida, and representing workers throughout Florida, our employment attorneys in Marion County, Florida have litigated retaliation cases in Florida courts for more than twenty years. If you have been subjected to retaliation for complaining about workplace discrimination or have questions about your protection from retaliation under federal employment discrimination law, please contact our office for a free consultation with our employment lawyers in Marion County, Florida. Our employee rights law firm takes workplace retaliation cases on a contingency fee basis. This means that there are no attorney’s fees incurred unless there is a recovery and our attorney’s fees come solely from the monetary award that you recover.