Can Employers Require Employees To Waive Future Discrimination Claims Against Them? 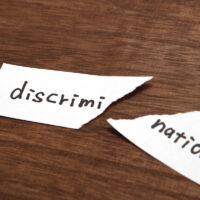 This type of agreement is often a trap for employees. First, employers give up nothing under this type of agreement. Indeed, employers do not promise anything other than employees will not be fired for a brief designated period of time if they sign the agreement. Once that brief designated period of time expires, employers are then free to fire the employees. Second, because employees have surrendered all of their rights under the federal civil rights laws, they are not protected from future discrimination or retaliation. Consequently, employers are free to fire employees for an illegal reason, such as their age or race, and there is nothing employees can do about it because they have waived their legal protection against unlawful discrimination and retaliation.

In Lester v. O’Rourke, Case No. 17-cv-1772 (N.D. Ill. June 27, 2018), the U.S. District Court for the Northern District of Illinois addressed the issue of whether employers can require employees to waive future discrimination or retaliation claims against them. In that case, Rodney Lester (Lester) brought a retaliation lawsuit against his former employer, the Department of Veterans Affairs (VA), pursuant to Title VII of the Civil Rights Act of 1964 (Title VII). Under Title VII, employees are protected from retaliation when they complain about perceived discrimination in the workplace. Lester claims that the VA violated Title VII by firing him in retaliation for complaining about race discrimination.

Lester, who is African-American, began working for the VA in 1979. In 1992, Lester joined the IT Department at the VA’s Edward Hines Hospital as an electronics technician. At some unspecified point, the VA promoted Lester to the position of computer electrician at Hines Hospital.In this position, Lester was supervised by a white man named Brown.

Last Chance Agreements Are A “Trap” For Employees

In March 2010, the VA offered Lester a “Last Chance Agreement” (LCA). As the name implies, Lester had a choice between signing the LCA or losing his job. In September 2010, Lester signed the LCA. In the LCA, the VA agreed to hold Lester’s discharge in abeyance for ten months, remove certain discipline-related documents from his personnel file, and transfer him to another VA hospital. The LCA also required Lester to voluntarily dismiss his pending EEO complaints and waive his right to file a lawsuit with any court if the VA disciplined or terminated him pursuant to the LCA.

During the litigation, Lester’s union representative testified that the VA often uses LCA’s for employees with EEO complaints to force them to relinquish their claims “even in cases where is no valid reason to remove the employee.”  The union representative further testified that LCA’s are a “trap” for employees and that the VA fires most employees on LCA’s shortly after they sign the agreements.

In September 2010, the VA transferred Lester to another VA hospital pursuant to the LCA. After the transfer, according to the VA, Lester’s job performance never improved and actually took a turn for the worse. Ultimately, the VA fired Lester in July 2011, citing violations of the LCA’s performance requirements. Lester contends that the VA fired him for conduct that would not have gotten his co-workers fired.

The VA filed a motion with the trial court seeking dismissal of Lester’s retaliation claim. In doing so, the VA argued that Lester had surrendered his rights under Title VII and had waived his retaliation claim under Title VII by signing the LCA. The trial court rejected the VA’s argument and rued that Lester had presented sufficient evidence to establish that the VA had fired him in retaliation for complaining about race discrimination to proceed to trial.

Based in Ocala, Florida and representing employees throughout Central Florida, our Alachua County, Florida EEO attorneys have been representing employees for more than twenty years. If you have questions about your rights under the federal EEO laws or an employer’s attempt to have you surrender your protection against discrimination and retaliation, please contact our Alachua County, Florida EEO lawyers. Our employee rights law firm takes employment law cases on a contingency fee basis. This means that there are no attorney’s fees incurred unless there is a recovery and our attorney’s fees come solely from the monetary award that you recover.