Can Employers Retaliate Against Employees Who Testify In Employment Discrimination Lawsuits? 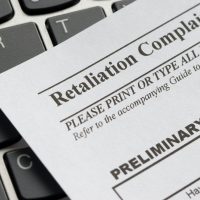 In Race, a woman named Race brought a retaliation case against her former employer, Delta Airlines, Inc. (Delta), pursuant to Title VII of the Civil Rights Act of 1964 (Title VII). Race contends that she was subjected to a final corrective action notice in retaliation for testifying as a witness in a race discrimination lawsuit brought by Delta employees pursuant to Title VII. Race was employed by Delta as a Ready-Reserve employee. In this position, Race worked part-time and received unlimited employee fight privileges, including “companion” passes which are issued only to domestic partners. These travel privileges are considered the biggest benefits of the Ready-Reserve position.

Since 2011, Race has been in a romantic relationship with a former Delta employee named Freeman. In 2015, Freeman and five other Delta employees filed a lawsuit, Freeman v. Delta Air Lines, Inc., pursuant to Title VII alleging that Delta discriminated against them on the basis of race. Delta took Race’s deposition during the Freemanrace discrimination litigation. During her deposition in October 2016, Race testified that she and Freeman had been in an “off and on” relationship for a couple of years and that they owned separate houses.

Delta claims that after Race’s deposition, it determined that the requirements for Freeman to hold privileges as Race’s domestic partner were not met, so it placed Race on a final corrective action notice effective December 17, 2016. According to Race, no one at Delta had questioned her about her alleged violation of Delta’s domestic partnership pass travel policy before this time. As part of the disciplinary action, Freeman was removed from Race’s travel benefits, Race’s own flight privileges were suspended for two years, and Race was made ineligible for two years for raise, transfer, or promotion. Delta did not restore Race’s flight privileges until December 2018.

Delta filed a motion with the trial court seeking dismissal of Race’s retaliation claim. At the outset of its opinion denying Delta’s motion for dismissal, the trial court explained that Title VII protected Race from retaliation for testifying in a race discrimination lawsuit brought under Title VII. Having determined that Race was protected from retaliation for her deposition testimony, the trial court concluded that “a jury could find that Delta disciplined Race as a direct means of retaliating against her for testifying in the Freeman case.” In support of its conclusion, the trial court pointed out that Race was subjected to the final corrective action less than two months after she completed her deposition in October 2016. The close timing between Race’s deposition testimony and the final correction action notice was sufficient, the trial court reasoned, to establish a causal connection between the two events. The trial court also observed that Delta did not begin an alleged investigation into Race’s alleged violation of Delta’s domestic partnership pass travel policy “until Race gave two days of depositions testimony in support of the Freeman  plaintiffs.” The trial court also pointed out that Delta used Race’s deposition “to elicit information about her relationship with Freeman, which was not even relevant to the claims in the Freeman matter.” “Then,” the trial court explained, “less than two months after the deposition, Delta disciplined Race, stripping her of her valued flight privileges for two years and rendering her ineligible for raises, promotions, or transfers.” “A reasonable jury could conclude from this,” the trial court determined, that Delta “used Race’s deposition as an opportunity to lay a foundation to take an adverse action against her.”