Can Employers Target A Sexual Harassment Victim For Investigation In Response To Her Complaint? 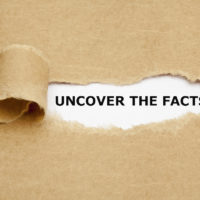 In that case, Camille Kramer (Kramer) brought a sexual harassment lawsuit against her former employer, the Wasatch County Sheriff’s Department (the Department), pursuant to Title VII of the Civil Rights Act of 1964 (Title VII). Kramer alleged that she was sexually harassed by a sergeant named Benson. Kramer claimed that the Department was liable for the hostile work environment harassment because of its failure to promptly correct the sexual harassment.

Kramer was employed by the Department as a jailer and bailiff. Kramer’s goal was to be promoted to a “road officer position.” As a bailiff, Kramer was under the authority of Benson. As her supervisor, Benson controlled whether Kramer would get the road experience she wanted for promotion to a road officer position. “As soon as [ ] Kramer began working for [ ] Benson, he began his campaign of sexual harassment.” Benson’s harassment included repeatedly asking Kramer to give him a foot message. Ultimately, Benson told Kramer that he would stop harassing her if she came to his house and gave him a foot message. Hoping the harassment would end, Kramer reluctantly agreed. While she was at his house rubbing his feet, Benson promised Kramer that he would take her out for the road training she wanted. After Kramer finished the foot message, Benson grabbed her, pulled her on top of him, and tried to kiss her. Kramer freed herself from Benson and left the house.

After he learned that Kramer supplemented her income by cleaning houses, Benson began demanding that she clean his house. After initially refusing his requests, Kramer eventually agreed to clean Benson’s house. While she was at his home, Benson allegedly raped Kramer. Kramer did not report the incident to the Department. After the alleged rape, Benson prepared a negative performance evaluation of Kramer. When Kramer argued with him about the negative performance evaluation, Benson changed the marks to better ones, saying “keep your mouth shut and do not say anything and you will be fine and taken care of.”

While Kramer was on medical leave due to a car accident, she allowed some co-workers to report the sexual assaults to the Department. The Department then began an internal investigation into possible “sexual misconduct” between Kramer and Benson. The investigation was assigned to a detective named Gardner. Gardner was not a human resources specialist and “probably” had no training in conducting sexual harassment investigations.

Gardner’s investigation focused almost exclusively on who was the father of Kramer’s baby. The investigation culminated in Kramer being disciplined for having consensual sex with a County firefighter, while he (but not she) was on duty. Kramer had no intention of disclosing the name of the firefighter until Gardner told her during his interview that no one would believe her allegation that Benson had raped her unless she disclosed who her baby’s father was. When she confessed to her affair with the firefighter, Gardner asked how many times she and the firefighter had had sex and in which locations. After the Department’s investigation ended, the Department’s Sheriff decided that it would be best if Kramer resigned. Although the Sheriff decided to fire Benson, Benson resigned before that could happen. Benson was never prosecuted, and Kramer never returned to work for the Department.

Employers Must Conduct A Reasonable Investigation

In reversing the trial court, the Tenth Circuit found that the Department could not establish that its actions “were reasonably calculated to end the harassment, deter future harassers, or protect [ ] Kramer.” The appellate court pointed out that “instead of seeking to discover” whether “Kramer had been sexually harassed, Gardner’s investigation “focused on finding who was the father of Kramer’s baby” and “then uncovering the extent of [ ] Kramer’s consensual affair with that man.” In other words, instead of conducting a reasonable investigation to promptly remediate the reported sexual harassment, the Department focused on Kramer’s unrelated misconduct. The court of appeals explained that “investigations targeting the victim for unrelated misconduct are especially contraindicative of reasonably calculated efforts to promptly correct sexual harassment.” The Fourth Circuit further observed that “using a sexual harassment complaint as an opportunity to investigate the complainant herself for unrelated misconduct does not communicate to other employees that complaining about sexual harassment can be done without undue risk.”