Can Employers Use Unwritten Rules To Fire Employees Who Complain About Workplace Discrimination? 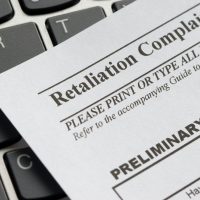 Title VII of the Civil Rights Act of 1964 (Title VII) prohibits employers from discriminating against employees on the basis of color, race, national origin, sex, or religion. In order to protect employee rights and facilitate the eradication of workplace discrimination, Title VII contains an anti-retaliation provision. As the U.S. Supreme Court in Crawford v. Metropolitan Gov. of Nashville & Davidson County, 555 U.S. 217 (2009) observed, “fear of retaliation is the leading reason why people stay silent instead of voicing their concerns about bias and discrimination.” Under Title VII, it is an unlawful employment practice for employers to retaliate against employees for complaining about perceived discrimination on the basis of color, national origin, sex, or religion.

In that Jalil a man named Jalil brought a retaliatory termination lawsuit against his former employer, Avdel Corporation (Avdel). Jalil, who is of Chilean origin, claims that Avdel violated Title VII by firing him in retaliation for complaining about workplace discrimination.

On the day Jalil received a copy of his EEOC discrimination complaint, a foreman approached Jalil at his workstation and asked him to remove the radio headset that he was wearing. Avdel did not have a written rule against radio headsets but claimed it maintained an unwritten rule against radio headsets. After protesting, Jalil complied. Two days later the foreman again instructed Jalil to remove his radio headset. Jalil refused, and the foreman sought assistance from the plant manager and plant foreman. Once again Jalil refused this request, arguing that the company safety rules did not prohibit the radio headset’s use. After telling the foreman and the manager to get out of his department, however, Jalil acceded to their requests and removed the radio headset. Nevertheless, later that day Avdel fired Jalil for “gross insubordination.”

The Tenth Circuit found that “Jalil introduced sufficient evidence to call into question Avdel’s true motivation in discharging him.” The appellate court explained that “the timing of the discharge in relation to Jalil’s EEOC complaint may suggest [retaliatory] motives on the part of Avdel.” Moreover, the court of appeals reasoned, the absence of a written rule against radio headsets and the use of an unwritten rule to fire Jalil suggested that “Avdel was harassing Jalil, trying to induce his insubordination to have a pretext for firing him, or it could suggest the very real possibility that Avdel seized upon this instance of insubordination to fire Jalil.” Based on this evidence, the Tenth Circuit concluded that Jalil was entitled to proceed to a jury trial on his retaliatory termination claim.

One of the most important decisions workplace retaliation victims must make is which employment law attorneys to consult with regarding their employee rights. As part of our law firm’s commitment to fighting for employees who complain about workplace discrimination, an experienced employment law attorney will speak with you personally and you will receive the individualized attention your case deserves. We offer free confidential case evaluations for employees, and you will not have to pay to speak with our employment law attorneys regarding your rights as a workplace retaliation victim. We are available for consultation at your convenience, including scheduling telephone consultations for evenings and weekends.

Based in Ocala, Florida, and representing workers throughout Florida, our retaliatory termination attorneys in Marion County, Florida have fought for the rights of employees for more than two decades. If you have been retaliated against for complaining about workplace discrimination or have questions about your protection from retaliation under federal employment discrimination law, please contact our office for a free consultation with our retaliatory termination lawyers in Marion County, Florida. Our employee rights law firm takes workplace retaliation cases on a contingency fee basis. This means that there are no attorney’s fees incurred unless there is a recovery and our attorney’s fees come solely from the monetary award that you recover.