Can Employment Decisions Based On Proximity To Retirement Constitute Age Discrimination? 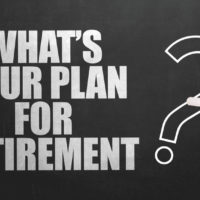 In Hazen Paper Co. v. Biggins, 507 U.S. 613 (1993), the U.S. Supreme Court explained that Congress’ passage of the Age Discrimination in Employment Act (ADEA) “was prompted by its concern that older workers were being deprived of employment on the basis of inaccurate and stigmatizing stereotypes.” As the U.S. Supreme Court stated in Western Airlines v. Criswell, 472 U.S. 400 (1985), the ADEA mandates that “employees are to evaluate [older] employees . . . on their merits and not their age.” One stigmatizing age stereotype is that employees who are eligible for retirement are less productive or dedicated because they are uncommitted to their job. In Hilde v. City of Eveleth, 777 F.3d 998 (8th Cir. 2015), the U.S. Eighth Circuit Court of Appeals addressed the issue of whether an employer’s failure to promote an employee because he was retirement-eligible constituted prohibited age discrimination.

In that case, Leroy Hilde (Hilde) claimed that the City of Eveleth (City) did not promote him to the position of Chief of Police because of his age in violation of the ADEA. After the Chief of Police announced his retirement, Hilde applied for the position. Hilde, who had been on the force for 29 years, was the only Lieutenant. A three-member commission controlled hiring, promoting, and discharging the City police employees. The commission’s protocol for hiring the Chief of Police was to score three criteria: weighted years of service, training and employment, and an interview. Before the interviews, Hilde had the highest score at 74 points and the person eventually hired by the City, Timothy Koivunen (Koivunen), was second with 43 points. The commission gave Koivunen a perfect 100 score for his interview, a first according to the retiring Chief of Police. After the interviews, Hilde and Koivunen each had 143 points.

When Hilde applied for the position he was 51 years old. Koivunen was 43. Under Minnesota law, a city police officer with at least three years of service is retirement-eligible at 50. Hilde’s age made him retirement-eligible. One commissioner stated that the commission was cognizant of Hilde’s retirement eligibility stating, “we were all aware that he was eligible to retire at any point in time that he chose. He was eligible right then; he could have pulled the trigger at any time.” Hilde never told the commissioners that he was considering retirement or would not be committed to the position. In a meeting with unsuccessful candidates, one commissioner stated that Hilde’s eligibility for retirement “might have” been a factor in the commission’s decision.

Relying on Hazen Paper, the Eighth Circuit found that the City’s assumption that Hilde “was uncommitted to a position because his age made him retirement-eligible is age-stereotyping that the ADEA prohibits.” The appellate court explained that “[u]sing retirement eligibility to presuppose lowered productivity or dedication would not represented an accurate judgment about the employee unless evidence other than age indicates that the employee would, in fact, retire.” By its own admission, the “prohibited stereotype—older employees are likely to be less committed to a job because they can retire at any time—figured in the City’s decision.” Moreover, the appellate court pointed out, the City provided no evidence that the commissioners doubted Hilde’s commitment to the job for any reason but for his age-based retirement eligibility.” In fact, the City “apparently never asked about [Hilde’s] commitment to the job or whether he was considering retirement.” Thus, the Eight Circuit concluded, the City failed to meet is “burden of articulating a nondiscriminatory justification for its reliance on Hilde’s retirement eligibility.

The Hilde court also swiftly rejected the trial court’s conclusion that Hilde failed to establish a prima facie case of age discrimination because Koivunen was only eight years younger, which the trial court determined was not “substantially younger” than Hilde. The Eighth Circuit observed that in prior cases it has assumed without deciding that even a six-year gap is substantial and sufficient to support a prima facie case of age discrimination. The Eighth Circuit further explained that the six-year age gap was substantial because “the commissioners though Hilde was retirement-eligible because of his age” and thought “Koivunen would stay in the position for at least seven years before he could retire.”

Reliance On Age Stereotypes Is Evidence Of Discrimination

The decision in Hilde establishes that an employment decision based on an employee’s retirement eligibility or proximity to retirement constitutes evidence of age discrimination when the employer’s use of the employee’s retirement eligibility or proximity to retirement is grounded in an age stereotype, such as lack of productivity or commitment to the job. As the Hazen Paper Court explained, “[i]t is the very essence of age discrimination for an older employee to be fired because the employer believes that productivity and competence decline with old age.” The decision in Hilde further demonstrates that when an employer attempts to justify an employment decision based on a factor that correlates with age, such as retirement eligibility, salary, or seniority, and that factor is not wholly independent of age and cannot be divorced from age, the employer’s reason itself is tainted by age discrimination. Under such circumstances, courts may find, as the Hilde court did, that the employer cannot meet its burden to produce a legitimate, non-discriminatory reason for the employment decision. The decision in Hilde further establishes that an eight-year age gap between the aggrieved employee and the successful candidate who is in the protected age class does not “doom” an age discrimination case.

We have extensive experience representing employees who have been victimized by age discrimination in the workplace. If you have questions about age discrimination or an employer’s use age stereotypes to justify an employment decision, please contact our office for a free consultation. We take employment discrimination and retaliation cases on a contingency fee basis. This means that there are no attorney’s fees incurred unless there is a recovery and our attorney’s fees come solely from the monetary award that you recover.