Can Race Discrimination Be Proven From The Mere Fact Of Differences In Treatment? 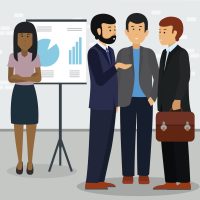 For more than twenty years, our Marion County, Florida employment lawyers have fought for the rights of race discrimination victims. Through their decades of experience representing race discrimination victims, our Ocala, Florida employment attorneys know that race discrimination most often occurs when an employee of a particular race is treated differently from employees of a different race. In far too many cases, employers fire employees of a particular race for violating a company policy but do not fire employees of a different race who violate the same company policy. For example, an employer fires an African-American employee for leaving work early without approval but does not fire white employees who leave work early without approval. In this article, our Marion County, Florida employment attorneys explain how the decision in Martin v. Baptist Health Richmond,  Case No. 5:20-cv-00443 (E.D. Ky. April 25, 2022) demonstrates that race discrimination can be proven from the mere fact of differences in treatment.

In Martin,  an African-American woman named Martin brought a race discrimination claim against her former employer, Baptist Health Richmond (Baptist), pursuant to Title VII of the Civil Rights Act of 1964 (Title VII). Title VII prohibits employers from discriminating against employees on the basis of race. Martin claims that Baptist fired her because of her race in violation of Title VII.

When Martin returned to work on February 10, 2020, the Director of Human Resources called her into a meeting. In the meeting, Martin “admitted to taking the candy bars without paying for them,” and “acknowledged that she made no attempt to pay for the candy later.” Based on her admission, Baptist terminated her employment. Martin’s termination letter states that she was fired “for pilfering” the candy bars.

Martin contends that Baptist treated rule violations committed by white employees differently than it treated hers. For example, Martin provided evidence that a co-worker, Ray, “would sometimes give co-workers food included bar coded items such as soda and energy drinks” for free or with a discount. Another co-worker, Wolfinbarger, testified that she took candy bars from the cafeteria without immediately paying for them. Ray and Wolfinbarger were not, unlike Martin, fired for pilfering. Thus, Martin maintains that Ray and Wolfinbarger were treated differently from her because they also engaged in pilfering but were not terminated.

Baptist filed a motion with the trial court seeking dismissal of Martin’s race discrimination claim. In support of its motion for dismissal, Baptist argued that the evidence established Martin was fired for a legitimate, non-discriminatory reasons—theft—and not because of her race. The trial court denied Baptist’s motion for dismissal and ruled that Martin was entitled to proceed to a jury trial on the issue of whether she was fired because of her race in violation of Title VII.

Based in Ocala, Florida and representing workers throughout Florida, our employment attorneys in Marion County, Florida have dedicated their practice to fighting for the rights of race discrimination victims. If you have been treated differently from employees of a different race or have questions about your protection from race discrimination under federal employment discrimination law, please contact our office for a free consultation with our employment lawyers in Marion County, Florida. Our employee rights law firm takes race discrimination cases on a contingency fee basis. This means that there are no attorney’s fees incurred unless there is a recovery and our attorney’s fees come solely from the monetary award that you recover.