Can Racial Code Words Be Used To Prove Race Discrimination? 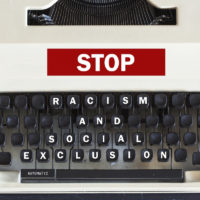 Under Title VII of the Civil Rights Act of 1964 (Title VII), employers are forbidden from discriminating against employees on the basis of race. One method of proving that an employment decision was unlawfully motivated by an employee’s race is to show that discriminatory comments were made by a decision-maker or those in a position to influence a decision-maker. As explained by the U.S. Eighth Circuit Court of Appeals in Erickson v. Farmland Industries, Inc., 271 F.3d 718 (8th Cir. 2001), “evidence of discriminatory attitudes in the workplace” tend “to show that employer’s proffered explanation” for the employment decision was not the true reason. In fact, as observed by the U.S. Tenth Circuit Court of Appeals in Spulak v. K Mart Corp., 894 F.2d 1150 (10th Cir. 1990), courts have “held that [discriminatory] remarks, even if made in jest, are probative of [discrimination.]”

Having fought against race discrimination in the workplace for almost twenty years, our Citrus County, Florida race discrimination attorneys have learned that employers attempt to deny any possible racial overtones of comments made in the workplace, including the use of a racial code word or phrase. However, as explained by the U.S. Third Circuit Court of Appeals in Aman v. Cort Furniture Rental Corp., 85 F.3d 1074 (3d Cri. 1996), courts have held that “the use of code words can . . . violate Title VII” because they can “be seen as conveying the message that members of a particular race are disfavored and that members of that race are, therefore, not full and equal members of the workplace.” As determined by the U.S. Supreme Court in McDonnell Douglas v. Green, 411 U.S. 792 (1973), “Title VII tolerates no racial discrimination, subtle or otherwise.” The decision by the U.S. Sixth Circuit Court of Appeals in Thompson v. UHHS Richmond Heights Hospital, No. 08-4435 (6th Cir. 2010) is instructive in showing that courts have recognized the racial motivations behind the use of a code word or phrase.

Supervisor Wanted To “Get Rid” of Troublemakers

In that case, Aleather Thompson (Thompson) claimed that her former employer, Sodexho Management, Inc. (Sodexho), fired her on the basis of race in violation of Title VII. Thompson, who is African-American, was employed by Sodexho as a food production supervisor. Sodexho was a third-party food service contractor for Richmond Heights Hospital. Thompson worked at Richmond Heights Hospital. Thompson’s supervisor was an Executive Chef named Savanick.

Thompson alleged that Sodexho discriminated against African-American employees who worked at the hospital. Thompson claimed that Savanick gave white employees preferential treatment, required African-American employees to perform harder jobs, and Savanick did not allow her to evaluate or discipline white employees despite her supervisory status. Eventually, Savanick recommended the creation of a new position Chef 1, to “replace” Thompson’s position. Thompson testified that she did not apply for the position because she was unaware the new position was posted and because she was unaware that her position would be eliminated. After she returned from an approved two-week FMLA leave, Thompson was informed that her position had been eliminated due to restructuring of her department.

In reversing the trial court’s decision, the Sixth Circuit found that Savanick remarks about African-American employees, including Thompson, being “troublemakers” and wanting to “get rid of them” carried racial motivations and implications. Because the remarks reflected racial animus, the appellate court rejected the trial court’s finding that the remarks were “of little weight.” In disagreeing with the trial court finding, the appellate court explained that “[i]n discrimination cases, evidence of animus is difficult to demonstrate,” and remarks by a supervisor referring to African-American employees as “troublemakers’ and wanting to “get rid of them” constituted evidence that the proffered reason for Thompson’s discharge was “an excuse to get rid of Thompson for racially-motivated, discriminatory reasons.”