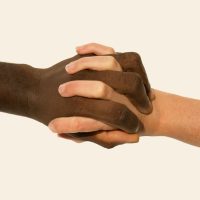 For more than two decades, our Marion County, Florida discrimination lawyers have fought for the rights of employees required to work in a racially hostile environment. Through their extensive experience representing racial harassment victims, our Ocala, Florida discrimination lawyers know that racially-charged threats of physical harm routinely occur in the workplace. In far too many cases, however, employers fail to take action to protect employees who are subjected to racially-charged threats of physical harm. In doing so, employers require employees to work in a racially hostile environment as a condition of their continued employment.

In that case, a man named Thompson brought a racial hostile work environment claim against his former employer, UOP, LLC (UOP), pursuant to Title VII of the Civil Rights Act of 1964 (Title VII). Title VII prohibits employers from discriminating against employees on the basis of race. Under well-established law, racial harassment is a form of racial discrimination prohibited by Title VII. To violate Title VII, racial harassment must be sufficiently severe or pervasive to alter the conditions of the victim’s employment and create a hostile work environment. Thompson, who is African-American, claims that UOP created and maintained a racial hostile work environment in violation of Title VII.

UOP employed Thompson as an hourly operator at its manufacturing facility in Baton Rouge, Louisiana. During a three-month period in 2019, Thompson claims that he was subjected to racial harassment by co-workers and supervisors. In August 2019, according to Thompson, a co-worker looked at him and sneered that he “doesn’t like anything in the color black.” Later that same month, Thompson claims the same co-worker spit in Thompson’s sno-cone while he was distracted and surreptitiously placed it on Thompson’s desk. In September 2017, Thompson maintains that a supervisor, Barbour, said that he “killed two little black boys” on his hunting trip. After Barbour made this remark, according to Thompson, Barbour and another supervisor, Lamkin, began laughing uncontrollably. Thompson further claims that on two occasions prior to the hunting remark, Barbour told him that “he had pulled a gun on a Black person”: once when “a Black person . . . cut in front of him while he drove,” and once when “a Black man . . . was outside his apartment when Barbour returned home.”

After he reported the alleged hunting remark by Barbour to Human Resources, Thompson claims that he was subjected to further harassment and intimidation. In November 2019, according to Thompson, a manager, Guillot, unexpectedly called him several times, and followed up with a text message saying: “Going to Precision [an indoor shooting range] tomorrow if u want to come.” Thompson alleges that Guillot “is a known racist who used the term ‘colored’ to describe African-Americans” and frequently commented on Thompson’s race, saying things like Thompson “would be killed if [he] drove through where [Guillot is] from.” Thompson knew that Guillot was friends with Barbour and Lamkin and, given Guillot’s reputation, interpreted the unsolicited phone calls and text messages as an attempt to intimidate him for having reported Barbour’s alleged hunting remark.

UOP filed a motion with the trial court seeking dismissal of Thompson’s racial hostile work environment harassment claim. In seeking dismissal, UOP maintained that the alleged racial harassing behavior was not sufficiently severe or pervasive to alter the conditions of Thompson’s employment and create a racially hostile working environment because Thompson suffered only “a handful of racially derogatory incidents.” The trial court denied UOP’s motion for dismissal and ruled that Thompson had presented sufficient evidence of a racial hostile work environment in violation of Title VII to bring his claim before a jury.

In denying UOP’s motion for dismissal, the trial court focused on threats of physical violence against Thompson. The trial court observed that Barbour’s alleged statement that he “killed two little black boys” (and Lamkin’s reaction to the same) is particularly egregious—akin to bragging of a lynching—and, given Barbour’s past comments about ‘pulling a gun’ on African-Americans, was undeniably threatening.” Based on Thompson’s evidence, the trial court concluded, Thompson “has show that from August to November 2019 he experienced racial harassment and intimidation that was frequent, severe, humiliating, and physically threatening, and that the harassment interfered with his job performance. Thus, the trial court determined, Thompson was entitled to proceed to a jury trial on the issue of whether he was required to work in a racial hostile work environment in violation of Title VII.