Can Remarks Made After An Employee’s Termination Be Used To Show A Discriminatory Discharge? 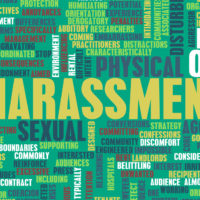 In the context of employment discrimination law, courts have consistently held that evidence establishing that an employer’s asserted reason for the challenged employment decision is false creates an inference that the employer might be covering up a discriminatory motive. In fact, courts have determined that a jury is permitted to infer a discriminatory motive from the falsity of the employer’s explanation. As a result, employees typically make a showing of unlawful discrimination with evidence that the employer’s stated reason for the challenged employment decision was false. As explained by the U.S. Seventh Circuit Court of Appeals in Olsen v. Marshall & Ilsley Corp., 267 F.3d 597 (7th Cir. 2001), when an employee presents evidence showing that the employer’s explanation is false or has no factual basis, a jury may infer that “the employer is lying about its true motive” and “because the employer is in the best position to assert the reason for its decision, that it offered a false one in order to cover up a discriminatory motive.” Thus, as observed by the U.S. Supreme Court in Reeves v. Sanderson Plumbing Products, Inc., 530 U.S. 133 (2000), proof that an employer’s explanation for the challenged employment decision is false or unworthy of credence is a form of circumstantial evidence that can be used to prove discrimination and “it may be quite persuasive.”

Employer Admits Employee Should Not Have Been Fired

These principles are illuminated in a recent decision, Kragor v. Takeda Pharmaceuticals America, Inc., 702 F.3d 1304 (11th Cir. 2012), by the U.S. Eleventh Circuit Court of Appeals. In that case, Barbara Kragor (Kragor), who worked as a sales representative, was fired for allegedly giving a doctor, who was a client of the company, improper gifts and benefits. Kragor claimed that she was fired because of her age. In support of her age discrimination claim, Kragor offered evidence that the corporate executive who made the decision to terminate her later completely disavowed the company’s proffered non-discriminatory reason for the discharge in a subsequent conversation with the doctor who received the gifts and benefits. In particular, the doctor stated in sworn affidavit testimony that the corporate executive who made the decision to fire Kragor told him that she was an exceptional employee who had done nothing wrong, had done everything right, and should not have been fired. The trial court disregarded the evidentiary significance of this evidence and dismissed Kragor’s case because it concluded that, although the decision-maker may have disagreed with the termination decision, the company nonetheless gave an honest explanation for the decision.