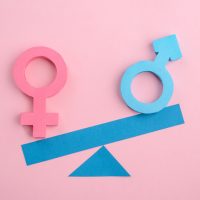 In a press release issued on September 7, 2021, the EEOC announced that it has entered into a Consent Decree resolving a hostile work environment harassment and retaliation lawsuit against Great Rentals and Events, LLC (Great Rentals). On April 9, 2020, the EEOC filed the lawsuit, Case No. 5:20-cv-448, in the U.S. District Court for the Western District of Texas.  In the Consent Decree, which was signed by the U.S. District Court Judge on September 6, 2021, Great Rentals agreed to pay $20,000 to resolve the lawsuit.

The EEOC brought the hostile work environment harassment and retaliation lawsuit pursuant to Title VII of the Civil Rights Act of 1964 (Title VII) on behalf of a former employee of Great Rentals, a woman named Gonzalez (Gonzalez). The EEOC contends that Great Rentals violated Title VII by requiring Gonzalez to work in a sex-based hostile work environment and terminating in her employment in retaliation for complaining about the sex-based harassment.

Great Rentals is a special events company that provides services for weddings and corporate functions. In March 2018, Gonzalez began working for Great Rentals as an event rental coordinator. The EEOC claims that after commencing her employment, Gonzalez was subjected to demeaning sex-based harassment by the owner of Great Rentals. The owner’s alleged sex-based harassment towards Gonzalez included sexist comments, such as stating “all women are worthless because they have kids,” remarking that “women are irresponsible, they think they own the place” after a female worker called in sick, addressing female employees as “little girls,” and telling Gonzalez that “if you were to get pregnant, you’d be of less value to my company because you’d have to miss work to be with your kids.” The EEOC further claims that the owner’s sex-based harassment of Gonzalez included subjecting her to verbal conduct of a sexual nature, such as telling her he would pay her to just stand “around so he could look at her” and stating that she would “look good even in a burlap sack.”

In a press release issued by the EEOC on September 7, 2021, regarding the case, a trial attorney for the EEOC’s San Antonio Field Office, Phillip Moss, explained that “unlawful sex-based harassment includes not only unwelcome sexual conduct but also gender-based animosity, including sexist comments.” “This settlement,” Mr. Moss added, “should underscore the importance of employers taking the necessary steps to protect their employees from workplace harassment and comply with anti-discrimination law.”

Based in Ocala, Florida, and representing workers throughout Central Florida, our Marion County, Florida workplace harassment attorneys have fought for the rights of employment discrimination victims for more than two decades. If you have been required to work in a discriminatory sex-based hostile environment or have questions about your rights under federal employment discrimination law, please contact our office for a free consultation with our Ocala, Florida workplace harassment lawyers. Our labor law attorneys take workplace harassment cases on a contingency fee basis. This means that there are no attorney’s fees incurred unless there is a recovery and our attorney’s fees come solely from the monetary award that you recover.