Can Sexual Harassment Victims Be Transferred When The Transfer Makes Them Worse Off? 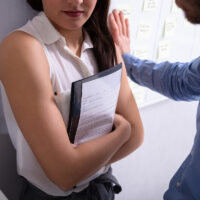 The EEOC brought the sexual harassment lawsuit under Title VII of the Civil Rights Act of 1964 (Title VII) on behalf of a former employee of Dollar General, Amber Olsen (Olsen). Title VII makes sexually harassing behavior that is sufficiently severe or pervasive to alter the conditions of the victim’s employment and create an abusive working environment an unlawful discriminatory employment practice. Once an employer knows or should know that an employee is being sexually harassed, the employer is obligated by Title VII to take prompt and effective remedial action to stop the harassment and prevent the harassment from recurring. As the decision in Hostetler establishes, any corrective action that makes a sexual harassment victim worse off is ineffective per se as a means of remediating the harassment.

The EEOC claims that Dollar General violated Title VII by requiring Olsen to work in a sexually hostile work environment and inappropriately transferring Olsen as a means of remediating the harassment.

In late June 2016, Olsen reported the Store Manager’s unwanted sexual behavior to a District Manager and the Human Resources Department. On July 3, 2016, Dollar General transferred Olsen to another Dollar General store. The transfer required earlier, less convenient hours, and added an hour to Olsen’s daily commute. On July 8, 2016, Olsen took a medical leave of absence because of the sexual harassment she had endured. After she returned to work, Olsen repeatedly sought information regarding her sexual harassment complaint but received no definitive response. Olsen then complained about the burdens the transfer had imposed on her in terms of commute time and scheduling difficulties and asked when she could be transferred back to the store in Rock Hall. On July 31, 2016, Olsen resigned from her employment because of the disadvantageous transfer and concern over future harassment from the Store Manager.

In a press release issued by the EEOC on April 8, 2021 regarding the case, a regional attorney for the EEOC’s Philadelphia District Office, Debra Lawrence, explained that “much harassment goes unreported and often occurs without witnesses.” “Dollar General’s transferring [Olsen] away from the harasser to a more difficult and distant store,” Ms. Lawrence added, “is the type of response which does not facilitate workers’ willingness to come forward and report harassment.”