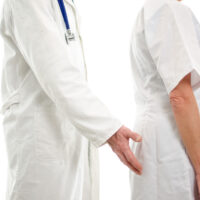 In this article, our Marion County, Florida sexual harassment attorneys explain how the alleged facts in a recent sexual harassment lawsuit filed by the U.S. Equal Employment Opportunity Commission (EEOC) demonstrates that sexual harassment victims should not be dissuaded from fighting for their legal rights and pursuing their available legal remedies simply because an employer’s investigation concludes that their sexual harassment complaint was unsubstantiated or meritless.

In July 2017, Smith began working AMG. Starting in 2018, according to the EEOC, Smith was subjected to egregious sexual harassment by AMG’s Chief Clinical Officer (CCO). The EEOC alleges that the CCO’s unwelcome sexual behavior towards Smith included touching her breasts and buttocks, making remarks about her breasts and buttocks, requesting that she touch his penis, and placing her hand on his penis. The EEOC further alleges that the CCO sent Smith sexually inappropriate text messages, including a message stating “I want to see whats under that hot dress.”

On August 21, 2019, Smith met with AMG’s CEO and complained about the unwanted sexually harassing behavior. During the meeting, according to the EEOC, the CEO apologized and told Smith that he was aware of the CCO’s past inappropriate behavior. After this meeting, the CEO reported Smith’s complaint to an HR representative. The CEO also instructed Smith to meet with the HR representative and to provide him with details of her sexual harassment complaint against the CCO.

At no time during the meeting of August 26, 2019, according to the EEOC, did the HR representative inform Smith that the CCO was being disciplined due to anything learned in the investigation. Thus, the EEOC maintains that AMG took the word of a sexual harasser over the word of a sexual harassment victim despite evidence of the sexually explicit text messages. Unknown to Smith on August 26, 2019, AMG only issued discipline to the CCO for “unprofessional conduct,” “perceived aggression,” and “failure as a leader to assure a non-hostile work environment.” Ultimately, the EEOC maintains, Smith was compelled to quit on September 6, 2019 due to intolerable working conditions imposed on her by AMG.

The EEOC is the administrative agency of the federal government responsible for interpreting and enforcing the federal employment laws prohibiting discrimination, harassment, and retaliation. As part of its efforts to preserve and protect the rights of sexual harassment victims, the EEOC brings lawsuits in federal court on behalf of employees who have been required to work in a sexually hostile work environment.

In a press release issued by the EEOC on April 21, 2021 regarding the case, a regional attorney for the EEOC’s Phoenix District Office, Mary Jo O’Neill, explained that “employers are responsible for preventing and remedying sexual harassment of their employees.” “Employers will be held responsible,” Ms. O’Neill added, “when they do not protect employees from harassment and when they fail to conduct appropriate investigations.” In commenting on the case, the Director of the EEOC’s Phoenix District Office, Elizabeth Cadle, observed that “employers must take complaints of sexual harassment seriously, investigate them thoroughly, and make sure that the employees who bring EEO complaints feel safe after reporting the harassing conduct.”