Can Victims Of Employment Discrimination Get Their Jobs Back? 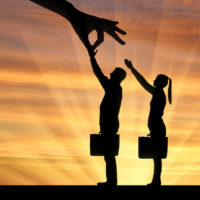 In that case, Sheaneter Bogan (Bogan) brought an employment discrimination lawsuit against her former employer, MTD Consumer Group, Inc. (MTD), pursuant to Title VII of the Civil Rights Act of 1964 (Title VII). Bogan claimed that MTD fired her because of her race and gender in violation of Title VII. Following a trial, the jury found that MTD discriminated against Bogan on the basis of her race and gender. However, perhaps because of MTD’s argument that Bogan did not use reasonable diligence to obtain substantially equivalent employment after she was discharged, the jury awarded her just $1.

Relationship Must Be “Irreparably Damaged”

At the outset of its opinion, the Fifth Circuit explained that “hostility between the parties that is likely to disrupt the workplace if the employee returns can be a reason for denying reinstatement.” However, the appellate court observed, “antagonism is a natural by-product of lawsuits, often even more so for ones alleging discrimination.” Thus, “if the hostility common to litigation were sufficient for denial of reinstatement, then reinstatement would cease to be a remedy except in cases where the [employer] felt like reinstating the [employee].”

For these reasons, the Fifth Circuit determined that “more than friction that typically results from litigation or the employee’s termination is required for the discord to be a reason not to order reinstatement.” Rather, “the acrimony must rise to the level at which the parties’ relationship is irreparably damaged.” In other words, the court of appeals explained, the relationship between the parties must be “so broken that it has reached the point of no return.” Because the trial court’s finding of “discord between the parties” did not rise to a sufficient level of hostility to deny reinstatement, the Fifth Circuit instructed the trial court to make a finding as to whether the “relationship between Bogan and MTD rose to the level at which it was irreparably damaged and exceeded the antagonism that normally results from trials” in deciding whether to deny Bogan the “preferred remedy of reinstatement.”