Can Workers Prove They Were Wrongfully Fired When Employers Refuse To Give A Reason For Discharge? 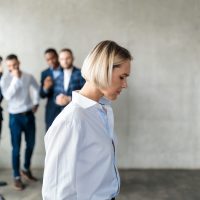 Having represented employment discrimination victims for more than twenty years, our Citrus County, Florida employment lawyers know that employers frequently refuse to give employees a reason for firing them. In many cases, our Inverness, Florida employment attorneys have learned, employers even tell employees they do not have to give them a reason for firing them. As a result, many employees are summarily terminated with no explanation.

In this article, our Citrus County, Florida employment lawyers explain how the decision in Kocienski v. NRT Technologies, Inc., Case No. 18-15524 (9th Cir. 2019) shows that an employer’s refusal to give an employee a reason for termination is circumstantial evidence of an unlawful discriminatory discharge.

In that case, a man named Kocienski brought an age discrimination lawsuit against his former employer, NRT Technologies, Inc. (NRT), pursuant to the Age Discrimination in Employment Act (ADEA). The ADEA prohibits employers from discriminating against employees on the basis of age. Kocienski claims that NRT violated the ADEA by firing him because of his age.

In August 2013, NRT hired Kocienski as an account executive. Kocienski was 63 years old when he was hired. During his training in November 2013, Kocienski alleges that NRT’s senior vice president of sales, Laricchia, told him that NRT does not like to hire older people because they could retire in two or three years. Kocienski further alleges that in November or December 2013, NRT’s president, Dominelli, told NRT’s vice president of gaming, “I think [Kocienski] is too old. We ought to fire him because he’s too old.”

In January 2014, Laricchia, after speaking with NRT’s president, called Kocienski on the telephone and informed him that his employment was terminated and to contact NRT’s human resources if he had questions. Kocienski claims that when he asked why his employment was being terminated, Laricchia told him that NRT did not need to give him a reason. Kocienski maintains that Laricchia called him “old man” one day prior to his termination. Kocienski further maintains that NRT’s president had no issues with his sales performance during his employment. Kocienski alleges that after his termination NRT hired an individual who was 32 years old and without any experience in the type of sales that NRT handled to replace him.

On appeal, the U.S. Ninth Circuit Court of Appeals reversed the trial court’s decision and reinstated Kocienski’s case. Unlike the reversed trial court, the appellate court focused on the fact that “NRT’s stated rationale for Kocienski’s termination was not provided to him at the time he was fired.” “Doubt is cast on an employer’s proffered reasons for why an employee was laid off,” the court of appeals reasoned, “where a straightforward answer was not given when he or she was terminated, but later is provided during litigation.” In other words, NRT’s refusal to give Kocienski a reason for terminating his employment was circumstantial evidence of NRT’s age-based discriminatory intent. Unlike the reversed trial court, the court of appeals also found that the age-based discriminatory remarks allegedly made by upper management employees about Kocienski constituted “direct and circumstantial evidence” that Kocienski was fired because of his age. Thus, unlike the reversed trial court, the Ninth Circuit concluded that Kocienski was entitled to proceed to a jury trial on the issue of whether he was fired because of his age in violation of the ADEA.