Can Yelling & Cursing At A Female Employee Create A Hostile Work Environment? 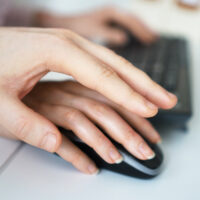 In the overwhelming majority of cases involving non-sexual harassing conduct, the victim is claiming that she would not have been treated in the same manner is she was a man. In other words, the victim contends that the harassing behavior was motivated by hostility towards members of a particular sex (female) rather than sexual desire. Thus, the critical issue in almost all cases involving non-sexual harassing conduct is whether the victim was targeted for abusive behavior because of her sex. In this article, our Lecanto, Florida hostile work environment attorneys explain how the recent decision by the U.S. District Court for the Southern District of Indiana in Johnson v. Community Integration Support Services, LLC, Case No. 1:19-cv-04645 (S.D. Ind. April 8, 2021) demonstrates that when a woman is targeted for yelling and cursing because she is a woman, the yelling and cursing contribute to the creation of a hostile work environment because the victim is subjected to discriminatory conditions of employment because of her sex.

Employee Claims Harassed Because Of Sex

In that case, Catherine Johnson (Johnson) brought a sex-based harassment claim against her former employer, Community Integration Support Services, Inc. (CISS), pursuant to Title VII of the Civil Rights Act of 1964 (Title VII). Under Title VII, employers are forbidden from discriminating against employees on the basis of sex. Sex-based harassing behavior that is sufficiently severe or pervasive to alter the conditions of the victim’s employment and create a hostile work environment violates Title VII. Johnson claims that her boss, CISS’s male owner, created a sex-based hostile work environment in violation of Title VII by subjecting her to demeaning and belittling behavior by yelling and cursing at her every week.

In February 2018, Johnson began working at CISS as Director of Human Resources. Johnson contends that every week, the owner of CISS yelled and cursed at her, particularly about payroll. The owner allegedly would say things like you are supposed to be the HR Director. On one occasion, according to Johnson, the owner referred to her and another female worker as “dummies, Tweedledee and Tweedledum.” Johnson found that owner’s behavior belittling because it often happened in the presence of of others.

Beyond the yelling, cursing, and belittling comments, Johnson also felt the owner demeaned her because he would hold her responsible for things but did not give her the power to enforce policies or procedures. Johnson believed that the owner treated her male supervisor more favorably than her. The owner, Johnson alleges, gave her supervisor more autonomy in his role and the power to make decisions. Johnson further claims that she heard the owner refer to two different women using a gender epithet. Johnson was fearful that she would be fired if she complained to the owner. In December 2018, Johnson resigned her employment with CISS.

CISS filed a motion with the trial court seeking dismissal of Johnson’s sex-based harassment claim. In doing so, CISS advanced two primary arguments. First, CISS contended that Johnson could not establish that she was harassed by the owner because of her sex since the owner yelled and cursed at men and women. In support of its position, CISS pointed out that Title VII is premised on eliminating discrimination and egregious behavior that is inflicted on both sexes is not prohibited. Thus, CISS maintained that because the owner was not treating one sex better (or worse) than the other, his abusive conduct did not constitute discrimination on the basis of sex. Second, CISS asserted that the owner’s abusive behavior was not sufficiently severe or pervasive to create an unlawful hostile work environment. The trial court denied CISS’s motion for dismissal and ruled that Johnson was entitled to proceed to a jury trial on the issue of whether she worked in a sex-based hostile work environment in violation of Title VII.

Turning to CISS’s first argument, the trial court pointed out that the record contained “two isolated instances” of the owner yelling at a male employee. In contrast, the owner “yelled at Johnson weekly, over the course of many months.” The “two isolated instances” where the owner yelled at a male employee, the trial court reasoned, “do not diminish or negate the evidence of a pattern of such behavior occurring weekly with Johnson.” Thus, the trial court concluded that Johnson’s evidence was sufficient to establish that she was harassed because of her sex.

Our Lecanto Florida hostile work environment attorneys take employment discrimination cases on a contingency fee. This means that there are no attorney’s fees incurred unless there is a recovery and our attorneys’ fees come solely from the monetary aware that you recover. We offer free confidential case evaluations and you will not have to pay to speak with our employment law attorneys regarding your workplace issues.

Based in Ocala, Florida and representing employees throughout Central Florida, our Citrus County, Florida hostile work environment lawyers have dedicated their practice to fighting for employees against discriminatory employment practices. If you have endured discriminatory conduct in the workplace or have questions about your employee rights under the federal employment laws, please contact our office for a free consultation with our Lecanto, Florida hostile work environment attorneys.