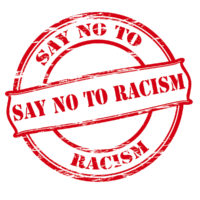 Having dedicated their practice to fighting for the rights of employees, our Citrus County, Florida discrimination attorneys have learned that management and supervisory level employees are often present when sexually or racially harassing behavior occurs in the workplace. Under well-established law, employers can be held liable for sexual and racial harassment when a manager or supervisor has actual notice of the harassment and the employer fails to take effective remedial action to prevent the harassment from continuing. In the recent decision by the U.S. Eleventh Circuit Court of Appeals in Smelter v. Southern Home Care Services, Inc., 2018 WL 4560684 (11th Cir. Sept. 24, 2018), the victim of a racial hostile work environment not only alleged that a supervisor was present when the harassment occurred, she also alleged that the supervisor found the racist comments funny.

In that case, Brenda Smelter (Smelter) brought a racial hostile work environment harassment claim against her former employer, Southern Home Care Services, Inc. (Southern Home), pursuant to Title VII of the Civil Rights Act of 1964. During her employment, Smelter was the only African-American employee who worked in her office. Smelter often overheard her co-workers making racist comments during her two-month employment with Southern Home, some of which were directed at her.

Smelter alleged that she endured racist remarks from a supervisor, a woman named Smallwood, and an office manager, a woman named Raleigh. For example, Smelter alleged that she heard Smallwood tell Raleigh that African-American men were “lazy” and the “scum of the earth.” Smallwood also allegedly said that President Obama’s “big ears” made him “look like a monkey,” and she did know that African-Americans could be buried on Sunday. On one occasion, Smallwood said that Smelter’s hair made her look like a “mixed monkey” from the movie Planet of the Apes. Raleigh described an occasion when she saw African-Americans existing a bus at a Wal-Mart store and commented that it looked like they were “chained together.” Raleigh added that she wished she could “send them all back to Africa.”

Smelter testified that the racist remarks were “funny to everybody that worked” in her office. Smelter further testified that her supervisor, a woman named Talton, thought it was funny “when people were talking about blacks and considering people as being monkeys and considering people as being apes.” Smelter never reported any of the racist remarks to a manager or supervisor until her final day of employment.

On her final day of employment, a verbal altercation occurred between Smelter and Smallwood over a schedule change. Smallwood told Smelter to “shut up and get out of my office.” When Smelter tried to explain what happened regarding the schedule change, Smallwood “jumped up in a rage” and directed a racial slur at Smelter. Smallwood then stood up and “hit the desk” like she was about “to charge” at Smelter. The altercation ended when Smelter left Smallwood’s office. Shortly after the incident, Southern Home terminated Smelter’s employment. The termination form stated that Smelter was “not a good fit for the organization.”

Employer Had Notice Of Racial Harassment

Unlike the reversed trial court, the Eleventh Circuit found that the racist remarks were sufficiently severe or pervasive to create a racial hostile work environment. The court of appeals pointed out that Smelter gave “approximately eight examples of racist remarks that she overheard or that were directed at her.” These eight racist comments, the appellate court concluded, were sufficient to establish that the harassment was pervasive. The Eleventh Circuit also found that Smallwood’s “one-time” use of a racial slur directed at Smelter was sufficient to establish that the harassment was severe.

The Eleventh Circuit also rejected the trial court’s determination that Southern Homes did not have actual knowledge of the harassment. The appellate court noted that Smelter testified that the racist remarks were “funny to everybody who worked” in her office, including Talton. “Of course,” the court of appeals observed, “Talton could not have found the racist remarks humorous if she had not overheard them.” Because Talton was Smelter’s supervisor and heard the racist comments, the appellate court explained, Southern Homes knew or should have known of the harassment. Thus, unlike the reversed trial court, the Eleventh Circuit found that Smelter had produced evidence establishing a basis for holding Southern Homes liable for the harassment.

Based in Ocala, Florida and representing employees throughout Central Florida, we have almost twenty years of experience fighting for employees who have been the victim of hostile work environment harassment in the workplace. If you have been the victim of racial harassment or have questions about your protection against racial harassment at work, please contact our office for a free consultation with our Citrus County, Florida harassment attorneys. Our employee rights law firm takes harassment cases on a contingency fee basis. This means that there are no attorney’s fees incurred unless there is a recovery and our attorney’s fees come solely from the monetary award that you recover.