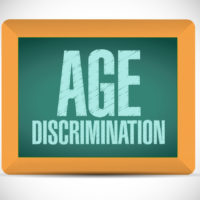 In that case, Susan Morrow (Morrow) alleged that her former employers, Waste Pro of Florida, Inc. and Waste Pro USA, Inc. (Defendants), fired her on the basis of age in violation of the Age Discrimination in Employment Act and the Florida Civil Rights Act. Morrow worked for the Defendants as a customer service representative. The Defendants maintained that Morrow was fired for unprofessional and rude behavior towards customers. During he week that they fired Morrow, the Defendants interviewed an individual twenty-one years younger than Morrow for a customer service representation position. The Defendants hired the individual four days after they terminated Morrow.

In denying the Defendants’ motion to dismiss Morrow’s age discrimination claim, the trial court explained that an age discrimination claimant is allowed to present her case to the jury when she produces sufficient evidence for a jury to conclude that the employer’s articulated reasons for its decision are not believable. An employer’s shifting explanations for an employee’s discharge, the trial court observed, allow a “jury to question the employer’s credibility.” The trial court found that the Defendants “shifting explanation” regarding the supervisor’s role in the decision to terminate Morrow “calls the credibility of Defendants’ proffered reason [for discharging Morrow] into question.” The trial court also found that because a jury could find that the supervisor “participated in the decision-making process, it could also consider as circumstantial evidence” the ageist remarks the supervisor made about [Morrow] in determining whether Defendants’ proffered reason for firing Morrow was in fact a pretext for age discrimination.

A Decision-Maker’s Biased Remarks Are Evidence Of Discrimination