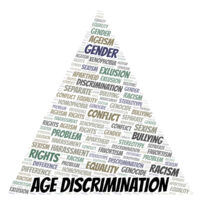 Having represented age discrimination victims for more than two decades, our Ocala, Florida age discrimination attorneys know that older workers continue to face significant obstacles in their efforts to obtain promotion. As stated in the Age Discrimination in Employment Act (ADEA), Congress enacted the ADEA in 1967 “to promote the employment of older persons based on their ability rather than age.” Despite the passage of the ADEA more than 50 years ago, “many employers or younger business executives,” as observed by the U.S. Seventh Circuit Court of Appeals in Graefenhain v. Pabst Brewing Co., 827 F.3d 13 (7th Cir. 1987), “act as if they believe there are good business reasons for discriminating against older employees.” The decision by the U.S. District Court for the Southern District of New York in Mullinix v. Mount Sinai School of Medicine, Case No. 12-cv-869 (S.D. N.Y. July 24, 2014) illuminates the Graefenhain court’s explanation as to why older employees continue to face significant obstacles in their efforts to obtain promotion.

In that case, Kathleen Mullinix (Mullinix) brought an age discrimination lawsuit against her former employer, Mount Sinai School of Medicine (Mount Sinai), pursuant to the ADEA. Mullinix asserted that Mount Sinai violated the ADEA by failing to promote her to a Vice President position because of her age.

Mount Sinai filed a motion with the trial court seeking dismissal of Mullinix’s discriminatory failure to promote claim.In doing so, Mount Sinai argued that Mullinix could not establish that her age played a role in the decision not to promote her to the Vice President position because the younger candidate selected for the position was more qualified than Mullinix. The trial court denied Mount Sinai’s motion for dismissal and ruled that Mullinix had presented sufficient evidence to establish that she was passed over for promotion because of her age to proceed to trial.

In denying Mount Sinai’s motion for dismissal, the trial court focused on Charney’s remark that he was “looking for a more youthful approach.” The trial court pointed out that because Charney was the decision-maker in selecting the Vice President, his remark was evidence of an age-based discriminatory intent regarding the hiring of the new Vice President. The trial court also found that McCooe’s notes, although written by a person who lacked decision-making power about another candidate for the position, were “probative” of age discrimination against Mullinix. Based on this evidence, the trial court concluded, a reasonable jury could find that Mullinix was not promoted to the Vice President position because of her age in violation of the ADEA.