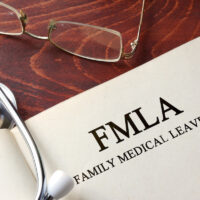 Having fought for the rights of employees for almost twenty years, our Marion County, Florida retaliatory discharge lawyers know that employers frequently punish employees who exercise their rights under the Family Medical Leave Act (FMLA). Under the FMLA, an eligible employee is entitled to up to twelve weeks of leave during any twelve-month period because, among other reasons, the employee is needed to care for the employee’s spouse, child, or parent with a serious health condition. The FMLA also protects employees when they exercise their rights under the FMLA, including when they request a leave of absence from work to care for their spouse, child, or parent with a serious health condition. The recent decision by the U.S. District Court for the District of Oregon in Ash v. Miller v. St. Charles Health System, Inc., Case No. 18-100762 (D. Or. Dec. 16, 2019) is illustrative of the FMLA’s broad protection against retaliation.

In that case, Maya Miller (Miller) brought a retaliation lawsuit against her former employer, St. Charles Health System (St. Charles), pursuant to the FMLA. Miller claims that St. Charles violated the FMLA by terminating her employment because she exercised her rights under the FMLA.

Miller was employed as a nurse at a hospital owned and operated by St. Charles. As a result of performance related issues, the Nurse Manager and Human Resources partner met with Miller on March 2, 2016. The Human Resources partner testified that the purpose of the meeting was to provide Miller with an opportunity to present “her side of the story.” That same day, email correspondence between the Nurse Manager, hospital management, and HR staff indicated that although “termination was not on the table,” and “remedial action & testing was warranted,” a “final written correction action with a performance plan” would likely be administered. The meeting resulted in a two-week administrative suspension for Miller.

After the meeting, Miller asked the Human Resources partner on March 2, 2016 for permission to “take leave to care for her mother in Bulgaria.” Miller told the Human Resources partner that she was “prepared to take leave immediately.” In response to her request, the Human Resources partner told Miller that she could not take a leave of absence when she “was already on administrative leave.” The following day, the Nurse Manager completed a report analyzing Miller’s alleged performance deficiencies. In the report, the Nurse Manager recommended Miller’s termination. On March 15, 2016, St. Charles issued Miller a final written warning based on her purported performance problems. In order to return to work, Miller was to be monitored by an assigned nurse leader for two shifts and was required to complete nine “competencies.”

On March 17 and 18, 2016, Miller successfully completed her competencies. Miller then asked the Nurse Manager for “permission to take leave to care for her mother.” The Nurse Manager told Miller to contact human resources. On March 27, 2016, Miller notified human resources personnel that she was requesting leave beginning on April 7, 2016 for her “parent’s serious health condition.” On April 3, 2016, Miller met with the Nurse Manager and Human Resources partner regarding a complaint that she failed to follow a doctor’s order in removing a catheter and left the door to the medication management system unlocked. On April 5, 2016, St. Charles fired Miller based on performance related issues. At the termination meeting, the Human Resources partner informed Miller that her “leave was for a future date” and “so we decided to take this action now rather than waiting for you to return.”

In denying St. Charles’ motion for dismissal, the trial court pointed to two pieces of evidence. First, the trial court observed that before Miller requested FMLA leave, her “termination was not on the table.” However, the day after Miller requested FMLA leave, the Nurse Manager prepared a report recommending Miller’s termination. Second, the Human Resources partner told Miller at the termination meeting that because her FMLA leave was for a future date, they “decided to take action now rather than waiting for you to return.” From this evidence, the trial court concluded, a reasonable jury could find that Miller’s request for FMLA leave “was a factor in the decision to terminate her employment.”

Based in Ocala, Florida and representing employees throughout Central Florida, our Marion County, Florida retaliatory discharge attorneys have more than two decades of experience representing employees who have been wrongfully fired. If you have been wrongfully fired or have questions about your protection against retaliation for exercising your FMLA rights, please contact our office for a free consultation with our Marion County, Florida retaliatory termination lawyers. Our employee rights law firm takes retaliatory discharge cases on a contingency fee basis. This means that there are no attorney’s fees incurred unless there is a recovery and our attorney’s fees come solely from the monetary award that you recover.