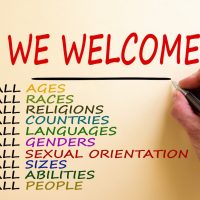 In Record, a man named Record (Record) brought a sexual harassment lawsuit against his former employer, Hannaford Bros. Co., LLC (Hannaford). Record claims that he was unlawfully harassed because of his sexual orientation in violation of Title VII.

Hannaford operates a chain of supermarkets. Record worked at Hannaford from October 2007 to August 2017 and received multiple promotions. During his last year with Hannaford, Record worked as the assistant manager of the seafood department at Hannaford’s store in Hampton, New Hampshire. Record is gay and his Hannaford co-workers were aware of his sexual orientation. In late February 2017, Hannaford hired a man named Grover as the Hampton’s store’s meat department manager. In that role, Grover served as Record’s direct supervisor.

Shortly after he began working for Hannaford, Grover began making offensive comments about Record’s sexual orientation. During his first three weeks at Hannaford, in March 2017, Grover made degrading comments about Record’s sexual orientation and physical contact to Record’s genitals. In April 2017, Record lodged a complaint with the operations manager, Howard. Howard spoke to Grover, who admitted to the conduct and stated that he was only joking. Howard informed Grover that his conduct was inappropriate and that he needed to apologize. Grover apologized to Record. Howard did subject Grover to written disciplinary action or document the incidents in Grover’s personnel file.

Record separately reported Grover’s offensive behavior to the Hampton store manager, Campo. Campo then spoke to Grover about his conduct and told him that he could not make inappropriate jokes or comments. Campo did subject Grover to written disciplinary action or document the incidents in Grover’s personnel file. Campo later explained that she choose not to document the incidents because she wanted to “give Grover the opportunity to change his behavior before we start documenting him.”

Despite his complaints, Record maintains that Grover continued to subject him to abusive behavior about his sexual orientation, including sexual epithets and offensive gestures. The harassing comments, according to Record, occurred in August 2017. On August 25, 2017, without reporting Grover’s more recent abusive conduct, Record submitted a notice of his intent to resign, effective September 1, 2017. Upon learning of Record’s intended resignation, Campo asked to meet with him. At their meeting on August 26, 2017, Record informed Campo about Grover’s additional inappropriate conduct and explained that he had obtained a new job. Campo told Record that she would investigate his complaint. During the investigation, Grover denied the new allegations. Following its investigation, Hannaford did not subject Grover to written disciplinary action or place any written record in Grover’s personnel file.

At some point, Record learned that Hannaford had not documented the March 2017 incidents in Grover’s personnel file. The record has previously been the subject of a complaint (alleging that he had placed his hands upon the chest of another employee), which Record contended was a false accusation. Despite Record’s denial, Hannaford managers verbally reprimanded Record and placed a written record of that discipline, called a “coaching memo,” in his personnel file. In contrast, after Record’s complaint in March 2017 about Grover—which Grover did not deny—Hannaford placed no written record in Grover’s personnel file. On September 6, 2017, Record began his new job after leaving Hannaford.

Failure To Protect Victim From Harassment

In denying Hannaford’s motion for dismissal, the trial court pointed out that after Record reported the instances of harassment that occurred in March 2017, Hannaford managers did not issue formal written discipline. Instead, “they only verbally admonished Grover, which Record argues does not constitute discipline.” The trial court also observed that “Hannaford disciplined Record more severely (by placing a written reprimand in Record’s file) for a single act of misconduct that Record denied than it disciplined Grover for multiple acts of misconduct that Grover admitted.” Based on the “discrepancy between Record’s and Grover’s discipline experiences,” the trial court reasoned,” a jury could find that “Hannaford’s actions to prevent future harassment were not reasonable and that Record’s resignation was a reasonable action to avoid harm.”