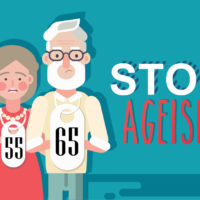 In that case, James McDowell (McDowell) claimed that Massey Auto unlawfully discriminated against him on the basis of age in violation of the ADEA. Massey Auto, which is an automotive dealership, employed McDowell as Manager of the Finance and Insurance Department. When he was hired by the dealership’s General Manager in December 2011, McDowell was sixty-three years old and had been in the business of selling cars since 1981. During his employment with Massey Auto, McDowell increased the sales volume of the dealership from $18,500 per month to $60,000 per month.

On May 10, 2012, McDowell was summoned to the office of James Massey (Massey) to meet with Massey and an employee of Ally Finance. Massey was a partial owner of Massey Auto. Ally Finance provided Massey Auto with inventory financing. The employee of Ally Finance claimed that during the meeting a confrontation took place and culminated with McDowell calling him a “liar.” McDowell denied calling the Ally Finance employee a “liar.” The next day, the dealership’s General Manager notified McDowell of his termination. The General Manager testified that Massey directed him to fire McDowell because McDowell “had gotten into it” with the employee from Ally Finance “about something.” The General Manager further testified that Massey told him that McDowell “was too old and made too much money, anyway, and that he could be replaced by a younger woman who was much better to look at.” McDowell trained the younger woman, age thirty-eight, who replaced him. She was fired about six months after replacing McDowell.

In denying Massey Auto’s motion for dismissal, the trial court explained that McDowell’s evidence showed that Massey told the General Manager to fire McDowell because he was “too old and making too much money anyway” and because he could be replaced by a younger woman who was better to look at. From this evidence, the trial court determined, “a reasonable jury could conclude that the determining factor for Massey in electing to terminate [McDowell] was [his] age.” The trial court also pointed out that McDowell denied calling the Ally Finance employee a “liar.” Thus, the trial court reasoned, if McDowell’s “version of events are to be believed, [Massey Auto’s] proffered reason for terminating [McDowell] could not be the real reason for [his] termination, and instead, would be merely pretextual.” Because McDowell had produced evidence of “an age-related motive” for his termination, the trial court concluded that whether McDowell was fired because of his age in violation of the ADEA must be decided by a jury.

Based in Ocala, Florida and representing employees throughout Central Florida, we have more than fifteen years of experience representing employees who have been fired on the basis of age. If you have been the victim of age discrimination or have been questions about ageist remarks made in the workplace, please contact our office for a free consultation with our Central Florida age discrimination attorneys. Our employee rights law firm takes age discrimination cases on a contingency fee basis. This means that there are no attorney’s fees incurred unless there is a recovery and our attorney’s fees come solely from the monetary award that you recover.