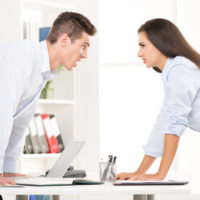 In that case, Efrain Reynaga (Reynaga) brought a hostile work environment harassment claim against Roseburg Forest Products (Roseburg). Reynaga, who was born in Mexico, was employed by Roseburg as a millwright. Reynaga and his son were the only Hispanic millwrights at Roseburg. Reynaga claimed that he was subjected to harassment on the basis of his race or national origin by Timothy Branaugh (Branaugh). Branaugh’s alleged harassment towards Reynaga included stating “minorities are taking over the country,” asking him whether “all Mexican women [are] fat,” leaving an email in the break room claiming that President Obama was an illegal alien and “our borders are like sieves,” remarking that “we should close the borders,” referring to African-Americans with a racial slur, and referring to Arabs with a racial slur.

Courts Finds Harassment Would Be Highly Offensive To Anyone

The Ninth Circuit determined that “a reasonable jury could find that Branaugh’s alleged conduct would be highly offensive and demeaning to anyone, including especially a person from Mexico.” The appellate court rejected the trial court’s conclusion that Branaugh’s remarks were “offhand comments” or “mere offensive utterances.” The Ninth Circuit explained that Reynaga identified “several derogatory remarks that Branaugh made specifically about Mexicans, including comments about the ‘border’ that were tinged with racism.” The appellate court also pointed out that Branaugh allegedly used racial slurs, including a racial slur “expressive of racial hatred and bigotry.” Therefore, the Ninth Circuit concluded, “a reasonable fact finder could conclude that Branaugh’s alleged repeated racially derogatory and humiliating remarks were sufficiently severe or pervasive to create a hostile work environment.

Based in Ocala, Florida and representing employees throughout Central Florida, we have more than fifteen years of experience representing employees who have been the victim of race or national origin harassment in the workplace. If you have been the victim of racial or national origin harassment, or have questions about any type of harassment you have endured at work, please contact our office for a free consultation with our Central Florida hostile work environment harassment attorneys. Our employee rights law firm takes discrimination and harassment cases on a contingency fee basis. This means that there are no attorney’s fees incurred unless there is a recovery and our attorney’s fees come solely from the monetary award that you recover.