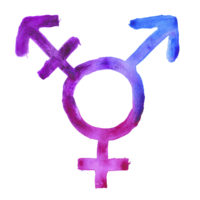 In that case, the U.S. Equal Employment Opportunity Commission (EEOC) brought a sex discrimination case pursuant to Title VII on behalf of Egan Woodward (Woodward) against A & E Tire, Inc. (A & E). The EEOC claimed that A & E refused to hire Woodward because of his sex in violation of Title VII.

In May 2014, A & E posted an ad for a managerial position online. Woodward, a transgender man, completed an application and provided A & E with a copy of his resume that same month. On the day his application was submitted to A & E, an A & E manager interviewed Woodward for about 45 minutes. During the interview, Woodward wore traditional male attire and a goatee, and the manager did not recognize Woodward as transgender. The two discussed salary expectations, and the manager stated at least twice that Woodward had the job if he passed pre-employment screening, such as a drug test and criminal background check. The manager gave Woodward a tour of the company’s premises and introduced him as the new manager to any employees they met along the way.

Woodward completed a screening consent form which authorized a background check. In response to questions on that form, Woodward provided the name he was assigned at birth, which is typically associated with the female sex, and also checked the box indicating that his sex was female. After Woodward left A & E, he received a phone call from the manager who remarked that Woodward had checked “female” on his drug test. Woodward confirmed that this was correct, and the manager stated, “oh, that’s all I need” and abruptly hung up. In the following weeks, Woodward contacted A & E several times in order to discuss completing the background screenings and starting work. In June 2014, Woodward finally spoke with the manager. The manager informed Woodward that the position was given to another applicant.

In bringing his sex discrimination claim under Title VII, Woodward grounded his claim in the gender or sex stereotyping theory of sex discrimination. In particular, Woodward maintained that A & E refused to hire him because his appearance of a male did not conform to stereotypical expectations of a person with the birth sex of female. Thus, according to Woodward, A & E refused to hire him because it expects biologically female individuals to conform to stereotypes about how a woman should look or behave. Such gender or sex stereotyping, Woodward argued, violates Title VII’s prohibition against sex discrimination.

The trial court pointed out that “Title VII protects all persons, including transgender persons, from discrimination based on gender nonconformity.” “To deny the availability of a sex stereotyping claim to a transgender individual,” the court explained, would be to “exclude” that individual from Title VII’s protection against sex discrimination and punish that individual for failing to adhere to gender stereotypes. In support of this conclusion, the trial court reasoned that “the defining characteristic of a transgender individual is that their inward identity, behavior, and possibly their physical characteristics, do not conform to stereotypes of how an individual of their assigned sex should feel, act, and look.”

Court Would Not “Ignore Common Sense”

The trial court also explained that it “need not ignore common sense” in resolving A & E’s motion for dismissal and found that Woodward alleged enough facts to establish that he was not hired because of his failure to conform to gender stereotypes. The trial court pointed out that the manager offered Woodward the job upon his completion of pre-employment testing. After the informal employment offer was extended, the manager asked Woodward one follow up question. That question concerned Woodward’s sex. “Woodward’s appearance at the interview,” the trial court explained, “was that of a stereotypical male.” “On his background check form” however, Woodward “indicated his sex was female.” After confirming that Woodward’s birth sex is female, A & E decided not to hire Woodward. “These facts,” the trial court reasoned, “permit a reasonable inference that Woodward’s traits, behavior, or appearance at the interview, in not conforming to the stereotypical expectations of the sex he indicated on his background check, affected the manager’s decision.”