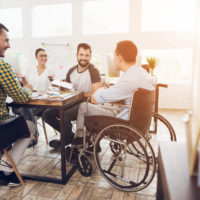 Having almost twenty years of experience representing victims of disability discrimination, our Marion County, Florida disability discrimination attorneys have learned that employees are often targeted for harassing behavior when they return to work following a leave of absence because of their disability. The recent decision by the U.S. District Court for the District of New Jersey in Gavin v. Haworth, Inc., No. 15-180 (D. N.J. 2016) illustrates some of the different types of behavior that can give rise to a disability harassment claim under the ADA.

In that case, Francis Gavin (Gavin) brought a lawsuit against his former employer, Haworth, Inc. (Haworth), and claimed that he was subjected to a hostile work environment on the basis of disability. Gavin worked for Haworth in various sales positions. While employed by Haworth, Gavin experienced numerous health problems related to his back. In 2004, he had his tailbone removed. In 2006, he had a laminectomy surgery. In 2010, he injured his back again and underwent a disc compression surgery. In 2012, he underwent lumbar spinal fusion surgery.

In the midst of the on-going abusive behavior, Gavin’s doctor told him in January 2014 that he should no longer spend time sitting in a typing position because of his back condition. In February 2014, Gavin’s attorney notified Haworth that Gavin was totally disabled and unable to work with restrictions. Ultimately, Gavin applied for and received short and long term disability benefits. In February 2015, Haworth terminated Gavin’s employment.

Employee Targeted For Harassment Because Of His Disability

Although Gavin brought his disability harassment claim under New Jersey state law, the trial court looked to federal case law construing the ADA in resolving Haworth’s motion to dismiss. In denying Haworth’s motion, the trial court determined that Gavin was harassed on the basis of disability because the supervisor made numerous comments directly referencing Gavin’s back condition, as well as remarks about Gavin allegedly receiving special attention because of his back condition. Consequently, the trial court found that a reasonably jury could conclude that the supervisor’s behavior would not have occurred but for Gavin’s disability.

The trial court also found that Gavin was subjected to harassment that was sufficiently severe pervasive to create a hostile work environment. The trial court pointed to evidence showing that that Gavin experienced “continuous badgering, work performance allegations, demeaning comments about his disability,” and unjustified write-ups” that “would not have occurred but for his disability.” The trial court also noted that Gavin estimated that the comments about his disability ranged from “more than ten” to “less than a hundred.” Taking all of this evidence cumulatively, the trial court concluded that the supervisor’s alleged behavior went “beyond being merely rude or offensive” because it was “aimed at belittling [Gavin] because of his back condition.

Based in Ocala, Florida and representing employees throughout Central Florida, we have almost twenty years of experience representing employees who have endured harassment because of their disability. If you have been the victim of disability harassment or have questions about being targeted for abusive conduct because of a disability, please contact our office for a free consultation with our Marion County, Florida disability discrimination attorneys. Our employee rights law firm takes disability discrimination cases on a contingency fee basis. This means that there are no attorney’s fees incurred unless there is a recovery and our attorney’s fees come solely from the monetary award that you recover.