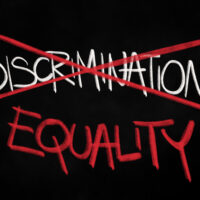 Having represented discriminatory discharge victims for more than two decades, our Marion County, Florida discriminatory discharge lawyers have learned that many employees who are harassed because of their race or national origin eventually end up being terminated. Under well-established employment discrimination law, employees are permitted to use evidence of race or national origin harassment to prove a wrongful termination in violation of federal anti-discrimination law. As explained by the U.S. Eighth Circuit Court of Appeals in Pitre v. Western Electric Co., 843 F.2d 1262 (10th Cir. 1988), “evidence of harassment” in the workplace “helps create the inference of discrimination” in the employer’s termination practices. In this article, our Marion County, Florida discriminatory discharge attorneys explain how the decision by the U.S. District Court for the Southern District of New York in Diallo v. Whole Foods Market Group, Inc., 2019 WL 140728 (S.D. N.Y. Jan. 9, 2019) illustrates that evidence an employee was harassed on the basis of race or national origin creates an inference that discriminatory animus motivated the employee’s termination as well.

Diallo was born in Guinea. In September 2012, Diallo began working in Whole Foods’ produce department at the company’s store in New York City. Diallo claims that, at Whole Foods, he experienced continuous acts of harassment and eventual termination because of his national origin.

Diallo alleges that throughout his tenure at Whole Foods, supervisors “made frequent negative comments about people from Africa.” According to Diallo, one supervisor laughed at him for stating that he was working hard in hopes of one day becoming a supervisor. On that occasion, the supervisor allegedly asked, “do you see any African team leaders here?” and declared, “you will not even be a supervisor, so don’t think about moving up.” On another occasion, after Diallo had already requested to work the day shift, a different supervisor remarked, “I almost forgot you are African, you can work for many . . . that is why you got to stay in the overnight team because you are able to do the work of three people.”

Diallo further claims that his supervisors treated him differently from non-African employees. He alleges that supervisors allowed non-African employees to take paid breaks, but denied him similar privileges, and that non-African employees routinely overstayed their breaks with impunity. Diallo also alleges that he was denied pay raises to which he was entitled. In December 2015, a supervisor filed a report stating that Diallo had overstayed his lunch break. Although Diallo explained that after using the restroom he had gone to pray, his employment was nonetheless terminated. Diallo maintains that is termination was the product of his supervisors’ bias against him on account of his national origin.

Harassment Is Evidence Of Discriminatory Discharge

Whole Foods filed a motion with the trial court seeking dismissal of Diallo’s discriminatory discharge claim. Whole Foods argued that it legitimately fired Diallo for knowingly taking an unauthorized break while on-the-clock. The trial court denied Whole Foods’ motion for dismissal and ruled that Diallo had presented sufficient evidence to establish that he was unlawfully fired because of his national origin.

In denying Whole Foods’ motion for dismissal, the trial court primarily focused on the national origin harassment to which Diallo was subjected. The trial court explained that the national origin harassment against Diallo was evidence that discriminatory animus was the actual motivation for Diallo’s discharge. The trial court also pointed out that Whole Foods’ assertion that it invariably fires employees for single time-theft episodes was directly undermined by Diallo’s evidence that other employees, not of African descent, overstayed their breaks but were not terminated. From this evidence, the trial court concluded, Diallo “may be able to persuade” the jury that discriminatory animus “contributed to the termination decision” and that “Whole Foods’ invocation of Diallo’s one-rule violation was a pretext for a termination motivated by discrimination, and but for Diallo’s national origin, he would not have been terminated.”