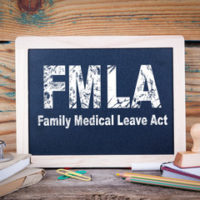 Under the federal Family and Medical Leave Act (FMLA), employers are required to provide their employees with unpaid leave for specified family and medical reasons. Employees are entitled to 12 workweeks of leave per year for reasons such as a serious health condition, the birth of a child, or caring for a sick family member. Additionally, the Florida Civil Rights Act prohibits discrimination by employers against their employees for reasons such as religion, age, gender, and race.

A Miami detention officer filed suit against his employer after being terminated, alleging that he was fired in retaliation for taking time off to care for his sick mother. The officer took 44 days of intermittent leave over a six-month period. He was never denied leave but was ultimately fired before he returned from leave.

If Your Supervisor Disciplines You, There Is Retaliation, Even if the Higher-Ups Don’t Know About Your FMLA Leave

The employer filed for summary judgment against the employee, arguing the suit should be tossed out of court. The court agreed with the former detention officer that taking leave to care for his mother was protected under the FMLA and that he was terminated, leaving open the question of why he was fired. The employer claimed that the ultimate decision-makers did not know about the employee’s FMLA leave and thus retaliation for his leave could not have been the reason he was fired. However, it was the employee’s supervisor, frustrated about the employee’s time off, who filed a disciplinary report about the employee and recommended to the higher-ups that he be terminated. The court found that because the termination ultimately resulted from the action of the supervisor, the employer may have still violated the FMLA–even if the people who made the final decision were not aware of the FMLA leave.

The employer’s official reason for terminating the employee was that he missed a required quarterly firearms requalification session. That session was, however, scheduled during his leave, and his supervisor never informed him that he was scheduled for the session. The court found that this could mean the employer intentionally built a case for his removal from duty and eventual termination in retaliation for taking protected leave.

The officer also claimed that his termination was connected to his Haitian heritage. The employee claimed that other non-Haitian employees were allowed to take their firearms requalification late without being terminated, unlike the plaintiff who was terminated immediately for failing to take the requalification. The court found that because the employee’s termination letter was vague, and other non-Haitians were indeed given more leeway, issues of fact remained as to the true reasons for the employee’s firing, and thus summary judgment was inappropriate.

Based in Ocala and representing employees throughout Central Florida, the law office of James P. Tarquin, P.A. has extensive experience representing employees who have been unlawfully fired on the basis of race or as retaliation for taking protected leave. If you have been retaliated against or have questions about an employer threatening you for complaining about discrimination, please contact our office for a free consultation with our Marion County, Florida employment retaliation lawyers. Our employee rights law firm takes unlawful termination cases on a contingency fee basis. This means that there are no attorney’s fees incurred unless there is a recovery, and our attorney’s fees come solely from the monetary award that you recover.