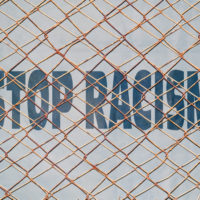 Title VII of the Civil Rights Act of 1964 (Title VII) prohibits employers from discriminating against employees on the basis of race. As explained by the U.S. Supreme Court in Los Angeles Dept. of Water & Power v. Manhart, 435 U.S. 702 (1978), a fundamental purpose of Title VII is “to strike at the entire spectrum of disparate treatment” in employment. Having more than 15 years of experience representing employees victimized by race discrimination in the workplace, our Central Florida race discrimination attorneys have learned that employers frequently proffer baseless, if not untruthful, rationales for treating employees belonging to a different racial group more favorably. Under well-established law, employees can prove that an adverse employment action was motivated by racial animus in violation of Title VII from the mere fact of differences in treatment. In Wheat v. Fifth Third Bank, 785 F.3d 230 (6th Cir. 2015), the U.S. Sixth Circuit Court of Appeals found that the employer’s more favorable treatment of a white employee was evidence of race discrimination and held that the case be resolved by a jury after consideration of the parties’ sworn testimony.

In that case, Curtis Wheat (Wheat), who is African-American, claimed that Fifth Third Bank fired him on the basis of race in violation of Title VII. Wheat worked as payment processor at the Madisonville, Ohio branch of Fifth Third Bank. Wheat’s termination arose out of a workplace altercation between him and white co-worker, Brad Hatfield (Hatfield).

During their employment with Fifth Third Bank, Wheat and Hatfield became involved in a shouting match. After the verbal confrontation ended, Wheat returned to his desk. While Wheat was at his desk, Hatfield approached Wheat and accosted him verbally. The employees then walked into a hallway of the bank and became involved in another shouting match. Wheat alleged that he was turning around to extricate himself from the argument when Hatfield “assaulted” him by swatting him on his arm. Ultimately, Wheat’s supervisor separated the two employees.

The appellate court also decimated Fifth Third Bank’s contention that Wheat’s termination was justified because of its concern that Wheat would resort to physical violence if he returned to work. The appellate court pointed out that Wheat did not cause the confrontation in the hallway and Fifth Third Bank knew that Hatfield “took the ill-advised step of reengaging with [Wheat] after their initial encounter.” The appellate court further explained that Hatfield, the employee who used physical violence according to Wheat, was given only a written disciplinary action. In contrast, Wheat, the employee who did not use physical violence, was discharged. Thus, the Sixth Circuit found that a jury could reasonably conclude that each of the rationales proposed by Fifth Third Bank for treating Wheat less favorably by firing him “either had no basis in fact, did not actually motivate the [termination] decision, or was insufficient to warrant [termination].”