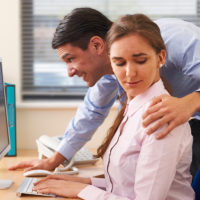 In that case, Homer Howard (Howard) brought a sexual harassment lawsuit against his former employer, Cromer Food Services, Inc. (Cromer), pursuant to Title VII of the Civil Rights Act of 1964 (Title VII). Howard claimed that he was sexually harassed by employees of Cromer’s biggest client. Title VII prohibits employers from discriminating against employees on the basis of sex. Sexual harassment is a form of sex discrimination forbidden by Title VII. When an employee is subjected to sexual harassment which is sufficiently severe or pervasive to alter the conditions of the employee’s work environment and create an abusive work environment, Title VII is violated.

Cromer is a food stocking company that sells snacks and beverages in vending machines that it places on its clients’ premises. Cromer’s biggest client is Greenville Hospital. Howard worked for Cromer as a route driver. Cromer worked the second shift, 3:00 p.m. to 11:00 p.m., servicing the vending machines at Greenville Hospital. Howard alleged that he was subjected to a daily barrage of unwanted sexually harassing behavior by two hospital employees. The sexually harassing behavior included calling him “Homo Howard,” sexual remarks, graphic discussions of oral sex, and sexual propositions. The hospital employees knew Howard’s schedule and would wait for him at the vending machines so frequently that Howard felt “stalked.”

Despite Howard’s repeated complaints to supervisors and managers about the unwanted harassment, Cromer failed to take appropriate remedial action to stop the harassment. Instead of taking action to protect Howard, Cromer told him that there was nothing that could be done because the harassers were not under its control. After Howard filed a complaint with the U.S. Equal Employment Opportunity Commission regarding the sexual harassment, Cromer offered to transfer him from the second shift to the first shift. Howard declined to take the new shift because it conflicted with his childcare responsibilities. Because the new shift was a “take-it-or-leave-it” offer, Howard ultimately was compelled to resign his employment.

Making Victim Worse Off Is Unacceptable

Although never acknowledged by the trial court, the Fourth Circuit pointed out that “remedial action that makes the victim of sexual worse off is ineffective per se.” In applying this principle, the appellate court observed that transferring Howard to the first shift would not have “allowed Howard to drive his young child to hospital appointments, his stated reason for preferring a second shift slot.” Because the transfer of Howard to the first shift would have “resulted in Howard being worse off,” the Fourth Circuit concluded, it was “unacceptable as a remedial measure.”

Based in Ocala, Florida and representing employees throughout Central Florida, our Marion County, Florida sexual harassment attorneys have almost twenty years of experience representing employees who have endured sexual misconduct in the workplace. If you have been sexually harassed at work or have questions about your rights as a sexual harassment victim, please contact our office for a free consultation with our Marion County, Florida sexual harassment attorneys. Our employee rights law firm takes sexual harassment cases on a contingency fee basis. This means that there are no attorney’s fees incurred unless there is a recovery and our attorney’s fees come solely from the monetary award that you recover.